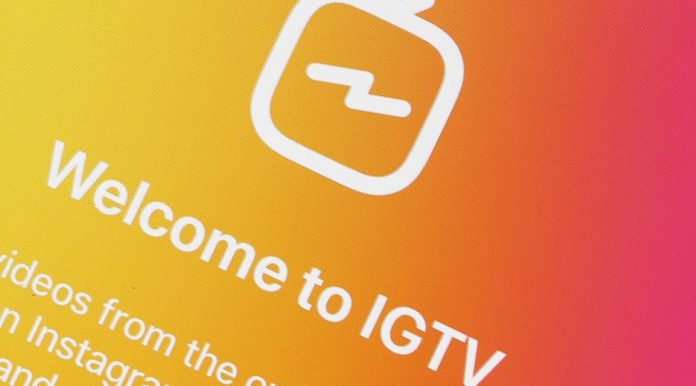 American photo and video-sharing social networking app Instagram made an IGTV change over the weekend. The company removed a button from the main screen of its app that allowed users to get to the IGTV content.

The service released a statement to Insider that revealed all the changes that were made to IGTV. The most noticeable change was the removal of the button on the main page. But there were a few other things that were moved around. Creators can now upload to IGTV by using the same page they use to upload other things such as photos and videos.

IGTV is not as popular as similar services but Instagram has made it clear that it plans to make it easier to use. A spokesperson told Insider that they have learned that most people are finding the videos from the service through the previews in Feed, the standalone app, creators profiles, and the IGTV channel in Explore.

The spokesperson also gave details on why the button was removed, saying that very few people were clicking the IGTV icon in the top right corner of the home screen in the IG app. The statement ends by saying that they always aim to keep IG as simple as possible, so they are removing the icon based on the learnings and feedback from their community.

Instagram is currently one of the most popular social media apps around the world. The app is simple and easy to use. Photos and videos can be posted in seconds. Content can also be seen by users right when they open the app. But IGTV has struggled to be as popular as the rest of the app.

Tech sites and research companies have pointed out low numbers for the service. Some reports say the service has seen little downloads when compared to similar services that are popular around the world.

IGTV was initially released in June 2018 but the service still creates some confusion among users. The platform is full of videos but many users still don’t know how to access that section or what it is really for. The videos can be found if you constantly use Instagram and know everything about the app. But a lot of people still seem to be confused on what the platform is offering or how to get the full videos.

The videos from that service often show a short preview, leaving users wondering how to see the rest. The full video can be accessed by clicking a button at the bottom of the video, but the whole thing can be confusing for those who have never heard of IGTV.

Insider spoke with Juan Eliezer, an Instagram creator who regularly posts videos on the app, about his experience with the service. The creator, who has thousands of followers on IG, explained that some of his followers are still confused, often asking him where the rest of his video can be found.

Eliezer thinks of the service as just another feature within the app. He added that he believes that the videos he posts on IGTV perform worse than the short previews he posts on his regular feed. He explained that the reason he uses the service is because it allows him to post content that is over one minute.

Instagram has made other big changes in the last few months. The app recently removed the Following tab. It was rumored not too long ago that the app would be hiding the total of likes on posts.