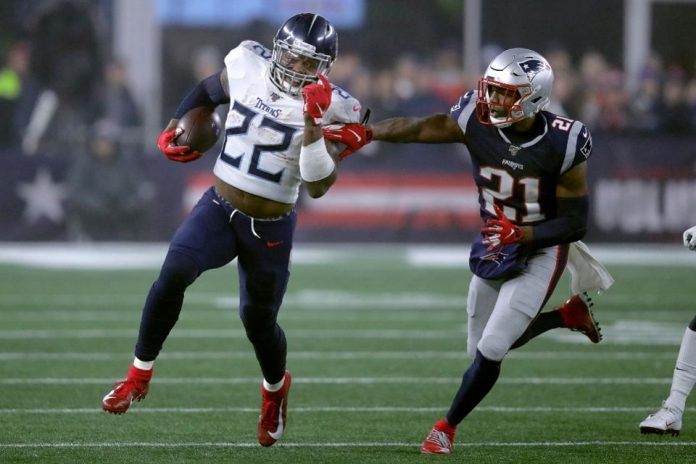 The NFL’s Divisional Round kicked off on Saturday with two great matchups. The round came back on Sunday with two more big games that decided the rest of the teams for the Championship round. Here’s what happened on Saturday and Sunday:

The Vikings were coming off a huge win against the Saints but this matchup went a lot different. The score was close in the first two quarters but San Francisco pulled away in the third and fourth to win by 17 points. Jimmy G. had just 131 yards passing but he was helped by the running game, which went for nearly 200.

On the Vikings side, Cousins threw for 172 along with one TD and one INT. The running game was shut down as Cook had just 18 yards in 9 carries.

The Titans were coming off an impressive victory against the defending Super Bowl champs, the Patriots. Tennessee started the game just how it did the previous game, by running the ball with Henry. The Ravens had no answer for Henry, who had a whopping 195 yards.

The Titans started the game with a 14 – 0 lead before the Ravens scored their first points. Jackson had some great plays in the game but the team was always behind in the score and never recovered. It wasn’t his greatest performance though, he had three turnovers. Tannehill threw for less than 100 yards this game.

The Texans opened the first quarter with 21 points and it seemed like game was going to be a huge win for Houston. But the situation changed quickly. Kansas City responded with a whopping 28 points in the second quarter, with the score going from 21 – 0 to 28 – 24. The Chiefs took a four point lead and never looked back as the Houston defense struggled to stop the passing game, especially Kelce, who had 10 receptions for 134 and 3 TDs.

The Chiefs scored on six straight drives, which had not been done since the Packers in 2007. Houston remains one of the teams that have never reached the Championship round.

The Packers opened with a 21 – 3 lead but the Seahawks made this game a close one in the third and fourth. Rodgers and Wilson both had solid games but it was the wide receivers who stood out. Adams had a huge day with 8 catches for 160 and 2 TDs. Lockett had 9 catches for 136 and 1 TD. Marshawn Lynch had 26 yards rushing but added 2 TDs.

The Chiefs will play the Titans on Sunday. Kansas City will play at home since they are the highest seed out of the two teams remaining. The matchup will be an interesting one as Kansas City has a great offense that can score points in seconds. Tennessee has not done much in the passing game but Henry has proven to be unstoppable in the last two playoff games.

On the NFC side, the Packers will play the 49ers. The two played each other in the regular season and the 49ers won by 29. In that game, Rodgers was held to just 104 yards passing.