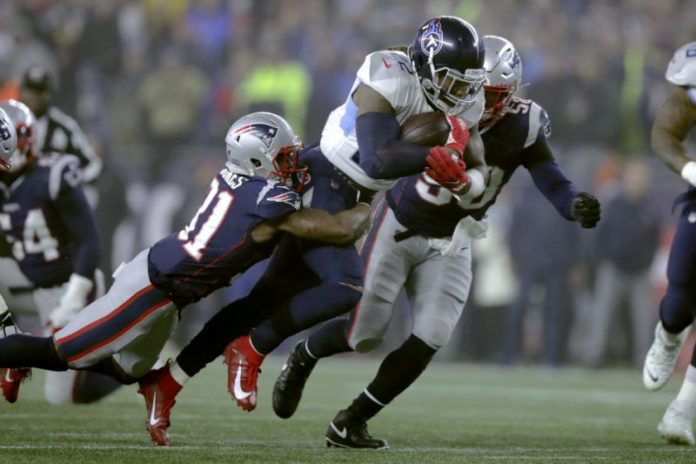 The NFL Wild Card Round began on Saturday and it didn’t disappoint. The two games on Saturday and the two on Sunday all came down to a couple of big plays, game winning field goals or touchdowns. Here are the results and more on the wild card round:

The Buffalo Bills opened to a 16 – 0 lead and it seemed like they were on their way to the Divisional Round. But in the third quarter, the Texans scored eight points and made a brief comeback. 11 points in the fourth quarter gave them a three point lead but the Bills moved up the field to score a game tying field goal. The game went to OT where Watson and his receivers did enough to win.

The Texans next game is against the Chiefs. The Texans and Chiefs played back in Week 6 and it was Houston who left with the win.

The Titans and Patriots game left us with maybe the biggest surprise of the round. Tennessee quickly established the run and it seemed like the Patriots defense had no answer for Henry, who was celebrating his birthday. The game remained close after the Patriots were stopped on several drives. Tannehill was held to 72 yards passing and one touchdown to one interception. But the MVP of the game was obviously Henry, who rushed for a whopping 182 yards and one touchdown.

The Titans will now have to play against the Ravens, who have homefield advantage after earning the number one seed. 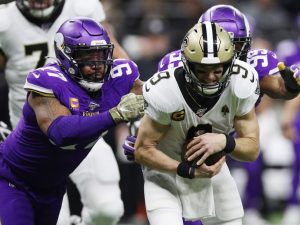 The Saints are now out of the playoffs after a 13 – 3 regular season. It is the second time in the last three seasons that the Saints are eliminated by the Vikings. The game saw some controversy, just like last year. The play that gave the Vikings a touchdown has been very criticized since it appeared that there was some offensive pass interference.

The Vikings will have to play the 49ers in the Divisional Round.

The Seahawks – Eagles game got off to a slow start. But it was the Eagles who suffered a loss during the first quarter. A questionable hit from Clowney as Wentz was trying to get down left the Eagles QB out for the entire game. Josh McCown, who joined the Eagles at the start of the season, entered the game and kept the Eagles in it for a while. The Eagles had two opportunities to score late in the game but one was dropped by Sanders and another ended with a sack.

Both teams entered the game with a number of injuries, especially the Eagles who had several players from the practice squad on the roster. The Seahawks will now have to play the Packers at Lambeau Field.

Divisional Round Is Next