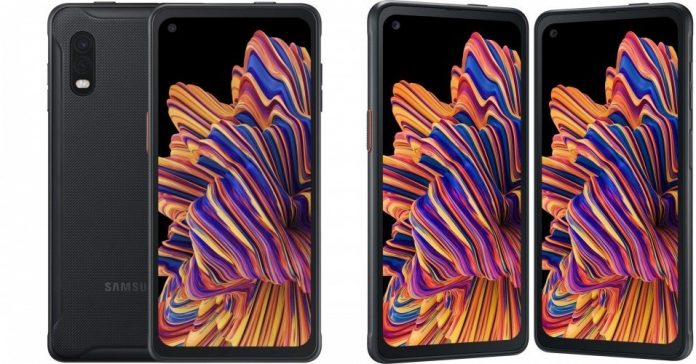 Samsung has announced a new Galaxy XCover Pro smartphone for those who need a more durable device. The rugged smartphone comes with a removable battery, which is something we don’t see very often with smartphones today.

The Verge reports that the device was actually launched last week in Finland but the company did it so quietly that no one really knew about it. Here is everything you need to know about the new Galaxy XCover Pro smartphone:

The device has a rugged design that allows it to survive much tougher conditions. Samsung has thought of everything when it comes to the design. A press release on the company’s Swedish website reveals that the smartphone is equipped with a barcode scanner. On top of that, the device has two programmable buttons.

WinFuture.de reports that the phone has an IP68 rating. The phone is built to survive falls of close to five feet. Water does not ruin the experience since the screen works without problems when it is wet. Those who wear gloves won’t have to remove them to use the device since the screen also works with them.

Samsung has really focused on the rugged design of the smartphone. When it comes to specs, the device is similar to a midrange. Here are the specs:

The new Galaxy XCover Pro smartphone will be available at the end of the month. The launch has only been announced for some parts of Europe, including Finland, where the device was first unveiled. The price tag is 499 euros.

The Xcover phones have been around for a few years now. Back in early 2017, the company brought the Galaxy XCover 4, which also has an IP68 rating. That version of the phone also featured a rugged design to withstand drops and anything that usually breaks a smartphone.

Quick Comparison To a Previous Release

At that time, the phone featured midrange specs as well. Here are the specs of that release:

There are major differences in the specs and also the price. The Galaxy XCover 4, released back in 2017, launched at a price of around $272. The new smartphone costs 499 euros, which makes it over $500. The specs and design are much better on the latest version though.

Samsung has not said anything about a US release but we’ll keep you updated when the company gives more information on the smartphone.

Do you use these types of smartphones? If so, which one do you have? Let us know in the comments.