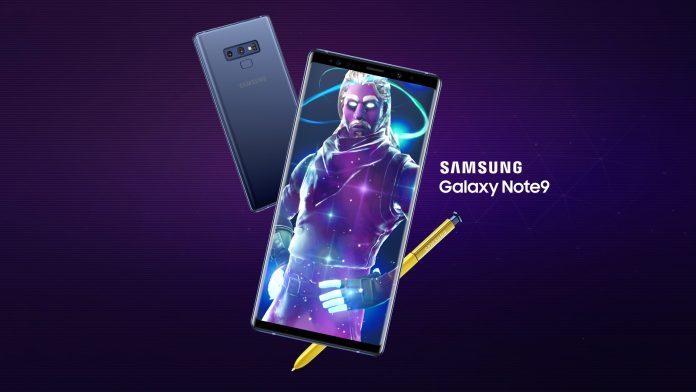 A leak involving battle royale game Fortnite recently mentioned that Samsung will soon bring an exclusive skin. Images of a skin named Iris have appeared online, sparking rumors that a Samsung release will be the one to have it for customers.

The leak also happens to come before a Samsung event that is scheduled for February. Nothing has been confirmed but the company has already responded to the leak of the skin. The response talks about a skin announcement but it does start off by saying that they have no information on it.

Some of the images were shared by Fortnite leaker Lucas7yoshi. The images show that the skin could have several styles, including one with the hood down and the other with the hood on. His tweet mentions that it is being rumored that it may be a promotion skin for the Galaxy S11/S20.

This wouldn’t be the first time that Samsung partners with Fortnite to offer an exclusive skin for buyers of their smartphones and tablets. Over the last two years, the company and gaming giant have partnered in at least two occasions to bring exclusive Samsung skins to the battle royale game.

The first time, Samsung offered a skin known as Galaxy. The skin was only available with the purchase of a Galaxy Note device or one of its tablet releases at the time. The skin was so rare that it began making the news since people were going to tech stores around the world just to get it. People found out that logging in on one of the devices on display at the stores would get them the skin. In some places, stores began placing signs warning customers that their attempts would not work.

Months later, the company and gaming giant partnered again to bring an exclusive skin. Both skins continue to be rare since they have never been released in the Item Shop or through any other promotions.

Fortnite has also done the same with other smartphone companies. A different rare skin was released during the launch of one of the Honor smartphones. The skin is only available with the purchase of that smartphone.

In recent years, Epic Games and consoles such as the PS4 and Xbox One have also partnered to have their own skins. Xbox One bundles have offered exclusive skins for the game while the PS4 has done the same with controller and console bundles. PlayStation has also featured several free packs with skins and other cosmetics through its PS Plus service.

2019 was a big year for Fortnite when it comes to events. In the last few months of the year, the battle royale game featured two big events involving some of the most popular series of films. The very first event was for Batman, who brought Gotham City to the game. The second big event was for Star Wars, which brought several cosmetics to the Item Shop.

Samsung did not confirm the leak but their response does leave us thinking that something will happen involving the battle royale game. The company and gaming giant have also partnered during major releases in the past so there are plenty of things that point to it happening.