The Decline in Energy Shares Could Continue in 2020 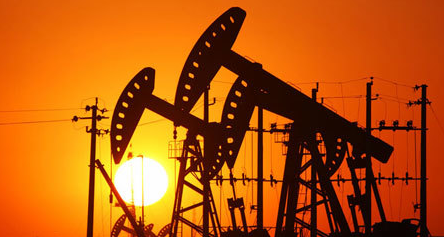 The stock market surged in 2019, with the S&P 500 index rallying approximately 28%. Stocks were buoyed by robust earnings and a Fed that eased interest rates 3-times during 2019. The best performing sector during the past 12-months was the communications space, while the worst was energy shares. Unfortunately for energy, this scenario is still playing out in 2020 and will likely continue for the balance of the year.

Why is Energy Trending Lower?

Energy shares have been under pressure for more than 12-months due to several factors which include declining demand and oversupply. While most investors focus on petroleum prices as the catalyst for energy shares, natural gas prices have played a significant role, falling to multi-year lows in 2019 and the beginning of 2020. US production of both petroleum and natural gas has weighed on energy producers, which has been a catalyst for declining energy shares.

Why Have Oil Prices Declined?

During 2019, global growth declined according to the world bank. There are several factors that weighed on the decline in growth including the trade war between the US and China. Declines in growth can reduce the need for energy, weighing on petroleum and natural gas. China’s, the world’s second largest consumer of energy behind the United States saw its energy demand growth slowing to 1.1% which is less than one fifth of its pace in the last 22 years.

In addition, supply in the United States has surged to nearly 13-million barrels a day of production. This compares to 11.90 million barrels a day in total US production 12-months ago. The increase in production is due to shale drilling which has become more efficient over the past 5-years. Shale drilling involves taking silica sand and water and pushing this substance into shale formations unlocking the petroleum and natural gas that has been stored in these masses.

Why Have Natural Gas Prices Declined?

Energy shares will likely remain under pressure during the H1 of 2020, due to declining natural gas and crude oil prices. With demand easing relative to 2019, the number of active drilling rigs will need to decline to 2016 levels to ease the oversupply. Investors who are looking for a trend that might continue in 2020, could consider evaluating the robust bear trend that has plagued the energy markets for the past 12-months