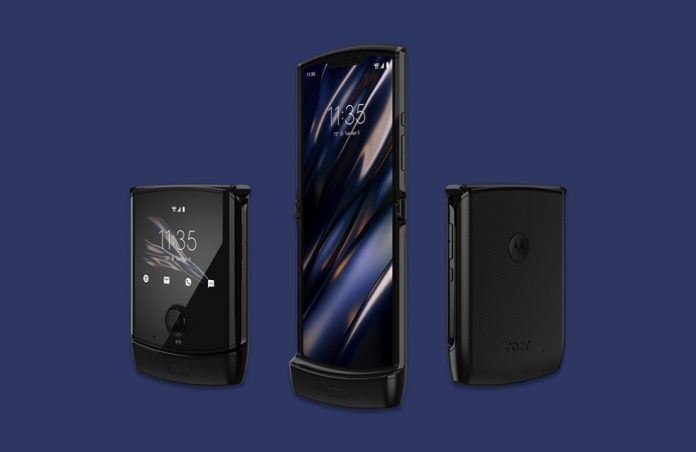 The Motorola Razr, which has a price of $1,499, will be a Verizon exclusive foldable phone, meaning the mobile carrier will be the only one selling it. Business Insider reports that the phone can be pre-ordered through Motorola’s official website, Walmart, and Verizon.

The foldable phone was announced late last year and was going to be available for pre-order in December. But the phone was delayed a few weeks back, with the company explaining that the decision was over high demand.

The Motorola Razr returns after nearly 15 years of the first release, which went on to sell very well for the company. For years, the return of the phone was rumored but Motorola took its time, instead deciding to take the foldable phone route.

Price Is Lower But Specs Are Decent

The Motorola Razr has caught the attention of the tech world since it has a different foldable design. The phone can fold to a smaller version, taking up less space.

Motorola’s upcoming release will have one of the lowest prices in the market. Competitors such as the Mate X and Galaxy Fold cost $900 and $500 more.

The announcement of the device did leave some questions when it comes to specs. The new Razr does not match the specs of its competitors. The foldable phone instead features a Qualcomm Snapdragon 710 processor, which was released a few years back.

The foldable phone also comes with 6GB of RAM, which isn’t bad but is a little low when compared to the premium smartphones that now have 8GB RAM. Other missing features include 5G support, large battery and wireless charging.

Here are the full specs if you haven’t seen them yet:

The Razr’s cool design will make it different from other foldable phones out there. But Motorola’s device may not be alone in that segment for long. Reports say some smartphone companies are looking at the idea of having a foldable phone with a clamshell design. Some companies such as Samsung are already said to be preparing a launch for a clamshell phone.

The Motorola Razr has avoided a long delay, something that has troubled other foldable phones. Foldable phones such as the Mate X and Galaxy Fold pushed back their release dates due to issues. In Motorola’s case, things were different since the delay was said to be over high demand.

What do you think about the Motorola Razr? What are your thoughts on the foldable phone prices? Let us know in the comments.

Feb 17, 2020
The NFC East is no longer as close as it once was when the Redskins, Giants, Eagles and Cowboys all had really good teams...