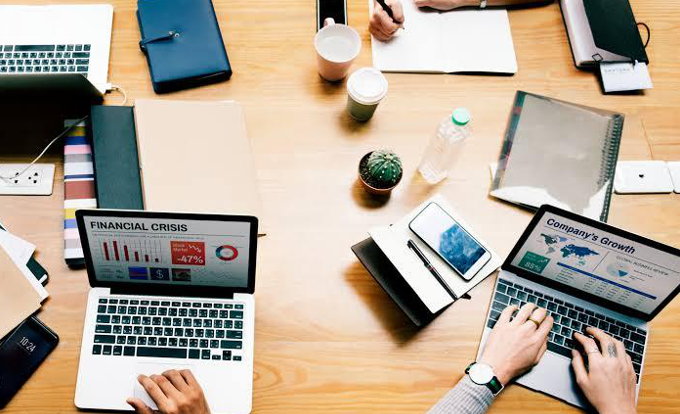 The million-dollar question at the start of 2020 was whether the stock market rally of last year would continue. Investors were as optimistic as they were wary of riding the wave further given how devastating bear markets can be.

Already, the Dow Jones has broken new records, crossing 29,000 for the first time in January. For President Trump, it is all about stock market performance, which he touts as his signature accomplishment. What is fascinating is that the US rally has not been a global phenomenon, with countries like Germany barely beating a recession last year and China’s economy slowing down.

Investors are on the lookout for macro-economic trends that will affect the market outlook for 2019. Major stocks performed incredibly well last year, and aggressive investors who use sophisticated tools like Robo-advisors made a decent return.

Nevertheless, global trends are also essential to follow. Even though the US economy is pretty resilient, there are supervening factors that can make the interconnected nature of modern economies a disadvantage.

The year started on an alarming note for stocks after the bombshell announcement that the US had assassinated Iranian general Qasem Selemani. Markets went down as oil prices soared. However, four weeks on, the markets have literally shaken off these concerns.

As the US and China announced the second phase of the long-awaited trade deal between the two largest trading nations, investors took the news with glee. After all, trade tensions had rocked the markets over the past couple of years.

With geopolitical tensions waning, investors are optimistic about the resumption of regular trade ties. This development will be vital for both economies, particularly China, which is heavily reliant on exports. Concerns about tariffs appear to be waning.

Major companies, including tech giants like Apple and Microsoft, need smooth trade, given the enormous Chinese market. Tech stocks have been a boon for investors during this rally. Amazon stocks, for instance, rallied massively recently as the retail giant beat profit expectations. Similarly, domestic consumer spending in the US is still high. Retail companies are doing well, and the economy as a whole is doing better than in recent times.

Therefore, investors, for the most part, expect a solid earning season, at least in the first quarter of the year. Moving forward, domestic political factors like the November General Election will be defining moments.

As the world grapples with the outbreak of Coronavirus in China, investors are waiting with bated breath to know the full impact. Concerns really escalated in the past week as many airlines and governments sought to restrict travel to China.

The S&P 500 was down 1.6% to start the last week of January. This decline was the biggest since October 2019 and cast a shadow on gains from the Potential US-China trade deal. It is fair to question whether markets were too buoyant. Such unexpected developments may force investors to focus on the potential downsides of a strong stock market.

In the grand scheme of things, China has a lot to lose from this outbreak. The World Health Organization (WHO) has just declared Coronavirus a global outbreak. Although this declaration will marshal more resources toward combating the Virus, the impact of the shutdowns in regions like Wuhan cannot be overstated. China is the world’s factory, and such disruption to movement and commerce are unwelcome.

In the past decade, China was a driver of global growth. Even though China’s economy is still growing at rates almost double the USA, a significant slowdown in the past few years is cause for concern. Add the unexpected virus outbreak, which can potentially become an epidemic, and the stakes are higher.

The European Union is still unimpressive on the economic front. Germany, the region’s largest economy, has slowed down, while trade uncertainty over Brexit continues to linger. However, Brexit, which became effective on 31st January, went smoother than expected.

A slowdown in Europe can have a minimal to moderate impact on the US economy. However, it will be fascinating to monitor how the new trade arrangements between the EU and America and The UK respectively will influence global commerce.

In the grand scheme of things, American markets will likely remain high for the foreseeable future. The strength of the retail market and domestic consumer spending are still pretty solid.

However, it is crucial to keep an eye on global events, especially how big the Coronavirus outbreak will get. Should the outbreak be brought under control, then investors are in for another calm year, if not better.