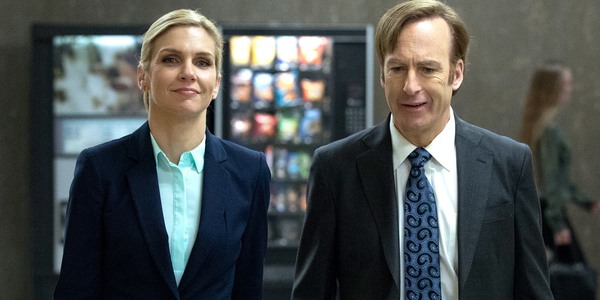 Better Call Saul, the prequel to the super popular Breaking Bad series, has not debuted Season 5 on Netflix. But the wait for the new season is rumored to be coming to an end soon.

The fifth season of the popular series premieres in February on AMC. But there is no confirmation on the date of the release for Netflix, which currently has all four seasons of the series.

The wait has been a long one for fans of the series. The fourth season premiered back in 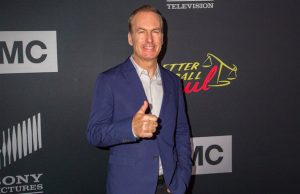 August 2018. Decider believes the series could follow a similar release schedule from previous seasons. The site reports that Season 4 premiered on AMC on October 8, 2018. The series debuted Season 4 on Netflix on February 9, 2020.

The sixth season of Better Call Saul will enter production later this year. The final season will premiere in 2021. The last episode of Season 5 will air on April.

This could all mean that we will see Season 5 on Netflix a few months before Season 6 premieres.

AMC recently posted a recap of the latest season of Better Call Saul. Season 4 mainly focused on Jimmy’s journey following the whole thing with his suspension. Jimmy turns his attention to selling phones and making sure his friend gets no jail time after an incident with a police officer.

Kim plays a huge role in Jimmy’s journey after his suspension. She continues her successful career but turns her attention to clients who need it the most. She remains with Mesa Verde but is now part of a big firm that provides help and lets her focus on other things.

Mike is mostly seen organizing everything for the underground facility that is seen during Breaking Bad. The expensive construction of the underground lab takes a wild turn as the German employees begin missing their family and revealing some details during one of their nights in town.

Nacho barely survives after staging an attack and appears to be in charge of the Salamanca operation during Hector’s recovery. Later in the season, we see another family member appear and start causing trouble with Mike and Gustavo’s plan.

Jimmy gets good news in the last episode of Season 4 while Mike has to make a difficult decision. Gustavo appears to be continuing his plans, despite the troubles that the German employees have caused during their stay.

Season 5: What To Expect

Season 5 will likely continue Jimmy’s return to law. He is very happy during the last episode of Season 4 since he appears to be getting the green light for what he wants to do.

Better Call Saul is a prequel to Breaking Bad and the story appears to be getting closer to the events that followed Walter and Jesse. During the four seasons, we saw several appearances from Breaking Bad characters, including Hector, Tuco, Gustavo, and a few others.

TV Line reports that major appearances will continue in Season 5 with one major Breaking Bad character coming back. That character is Hank, who is rumored to play a major role across two episodes of the upcoming season.

TV Line reports that Hank will be joined by his partner Steven Gomez and will allegedly run into Jimmy and another character from Breaking Bad. Hank and his partner made many appearances in Breaking Bad. The two are DEA agents helping catch criminals in New Mexico and Texas. Their attention later turns to Heisenberg, the guy who is behind the whole operation.