Is Your Cell Phone Giving You Carpal Tunnel? 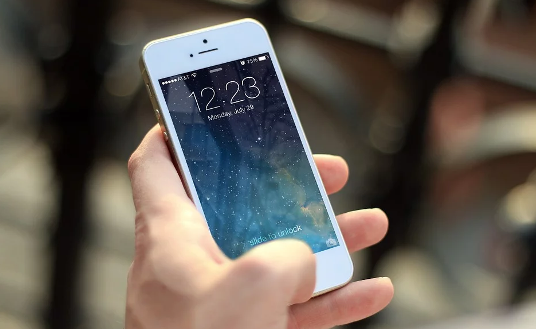 Technology has become extremely integrated into our everyday life. Our phones and computers are essential to how we live, and we basically can’t live without them. However, this dependence on technology can lead to some major problems. One of the main concerns about technology like cell phones is that they could be causing people to develop issues like carpal tunnel. What exactly is carpal tunnel, and can technology like your cell phone really cause you physical harm?

Carpal tunnel can be defined as a condition that causes pain, tingling, and numbness in the hand, wrist, or arm. The injury is a nerve problem, caused by a damaged or compressed nerve.

In most cases, carpal tunnel gets worse over time as the nerve starts to get more and more compressed. Exercises or wrist braces can help slow the deterioration of the condition and relieve pain, but sometimes that isn’t enough. In extreme cases, surgery may be required to take pressure off the nerve. As such, it is extremely important to take preventive measures to getting carpal tunnel and recognizing the issue early if it is present.

It has long been thought that technology plays a major role in the development of carpal tunnel. The idea is that the more time you spend on technology the more you use your wrists at an awkward angle. Using electronic devices like cell phones, computers, and tablets for a long period of time can lead to people developing carpal tunnel over time, and can worsen carpal tunnel in those that already have the problem.

Many scientific studies show a correlation between time spent on technology and increased risk of developing carpal tunnel. Studies have shown that spending more than nine hours a day on an electronic device like a phone, tablet, or computer can greatly increase your risk of developing carpal tunnel. Those that use their electronic devices far less frequently are less likely to develop problems relating to carpal tunnel. If both conventional wisdom and scientific data back up the claim, then perhaps it’s time to start taking notice and doing something about the problem.

The most obvious solution to this problem would be to limit the amount of time that we spend on our electronic devices. People spend an absurd amount of time on technology, using their wrists in an awkward angle by doing things like typing or holding their phone. Younger generations are becoming even worse with technology as they have grown up with it. Children these days use phones and tablets for learning and entertainment, and education is beginning to become more and more digitized. Some adults also can’t help how much time they spend on technology, as their work may require them to be at a computer for hours at a time. So how can we prevent issues like carpal tunnel? One way would be to take frequent breaks to give the nerves in the wrist some rest. Another way would be to practice preventative wrist exercises to ensure that you don’t develop any nerve damage. Finally, the last solution is to be aware of the problem. The earlier you catch carpal tunnel’s symptoms, the more treatable it becomes. If you notice pain, numbness, or discomfort in your wrist, go to the doctor immediately, take a carpal tunnel test, and see what can be done.