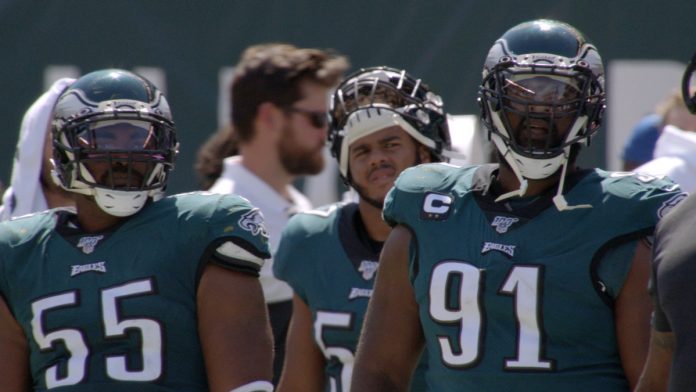 The NFC East is no longer as close as it once was when the Redskins, Giants, Eagles and Cowboys all had really good teams a few years ago. But the division is one of the most interesting since two teams are still favorites for a deep playoff run next season while the other two have made big moves to rebuild and be competitive in the future. Here is what we could see from the NFC East in the near future:

The Eagles had a rough start last season but still managed to make the playoffs after the Cowboys failed to win games late in the season. Philadelphia suffered several injuries that left the offense with several starters from the practice squad. Players such as Greg Ward Jr. and Boston Scott came up big in the most important games of the regular season. But questions surround the team.

One of the biggest problems appeared to be on the secondary, with the team giving up many big plays. Several CBs have been rumored to be on the Eagles target, including Chris Harris Jr. and Darius Slay.

The Dallas Cowboys have a talented roster but that failed to translate into wins last season. The Cowboys failed to win big games against the Eagles, Bears, and Packers. The disappointing season brought changes, including the decision to move on from Jason Garrett.

The biggest question surrounding the Cowboys are Cooper and Prescott. The Cowboys QB is looking to become one of the highest paid QB in football but reports say the team could go for a franchise tag instead. Cooper, who joined the team in 2018 after Dallas traded a first round pick for him, is looking for a massive contract after being one of the biggest pieces of the offense.

Dallas could go a different route and use the franchise tag on him. If they don’t, plenty of teams are rumored to be interested in signing him, including division rival Eagles. The team was rumored to be interested in trading for Cooper back in 2018 but Dallas reportedly had the better offer. The Eagles instead traded a third round pick for Tate, who left in free agency a few months later.

The New York Giants have Daniel Jones as their new starter after Eli Manning was benched early in the season. Jones had some good plays but the team struggled throughout most of the campaign.

One of the biggest problems throughout the season was the defense, something that the team could address during the draft and free agency. QB Case Keenum and CB Chris Harris Jr. are among some of the names that have been rumored as free agent/trade targets.

The Washington Redskins suffered another bad season in 2019. The campaign was so bad that the team has hired a new coach to turn things around, Ron Rivera.

The Redskins have already made several moves that will free up space. Richardson and Norman will not remain on the team. The biggest question is Trent Williams, who didn’t play in the 2019 season. The Redskins seven-time Pro Bowl left tackle has reportedly communicated with Rivera.

The Redskins have some solid players on offense but they will need more on both sides to help Haskins, who threw just seven touchdowns to seven interceptions in 2019.