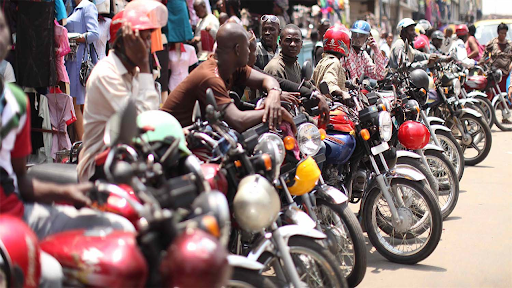 Nigeria’s largest city, Lagos, was the center of chaos when the motorcycle and tricycle taxi ban began on Monday. The first working day of the ban, which was announced a few days ago, sparked long waiting lines at bus stations.

The BBC reports that extra transport was available but some still had to walk for miles. Motorcycle and tricycle taxis are among the most popular ways of transportation in the country. These two types of transportation provide an affordable and quick way for people to get around the city. But authorities announced a ban because of safety concerns.

In the country, motorcycle taxis are known as okadas while the tricycles are known as kekes. They have been part of the cities for many years but authorities say they cause death and disorderliness.

The government said it introduced more public buses and boats but long waiting lines were reported around the city. The ban does not include private motorcycles and delivery companies that use the two. But the BBC reports that on Saturday, there were complaints that police were taking action against them.

Okadas and kekes are not completely banned from the city, some residential areas are still allowed to use them. PM News Nigeria reported on Sunday that the Lagos State Police Command said it had impounded 266 motorcycles. Police Public Relations Officer, Bala Elkana, said through a statement that 40 people had been arrested.

The Minister of Transportation, Rotimi Amaechi, recently warned the Lagos state governor that the ban would only increase unemployment and insecurity. He said that during his time as governor, motorcycles were being used to rob and kidnap people. But he warns that the ban has its consequences.

On Monday, residents woke up without the ride sharing services or the easy access to the two ways of transportation. Bus drivers have added more stops and routes to help the passengers affected by the ban. There were reports of fare hikes in some parts of the city.

The ban also sparked a protest in one area of Lagos. The protest was done by a group of okada drivers, who blocked main roads and burned tires. The group was dispersed by authorities shortly after.

It was the second protest since the ban was announced. Three days ago, riders that were part of ride sharing services took the streets to call for better regulations. The bikes are still available in some areas but the ban has impacted just about everyone who uses them for commercial purposes since they cannot be used in the biggest business areas of the city.

The Lagos State Government has released more information on the changes through its Twitter account. Officials have not said if there will be more changes in the near future.

Jul 9, 2020
Konami has revealed that it will not be renewing licensing agreements for AC Milan or Inter Milan. The two Italian clubs will still be...