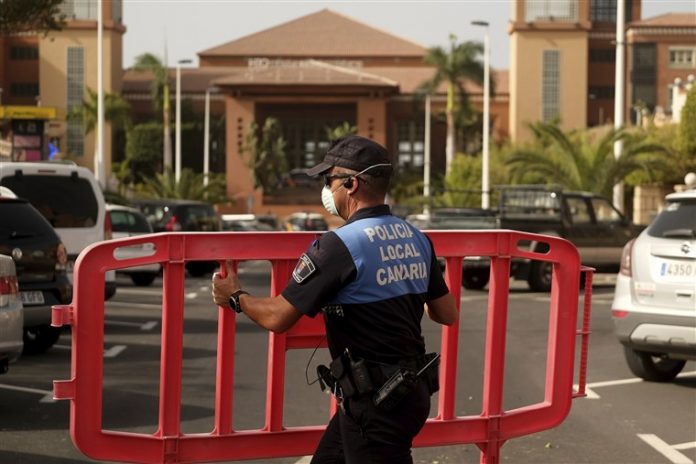 More than a thousand guests and several employees at a hotel in Tenerife have been quarantined after health authorities confirmed that an Italian doctor and his wife tested positive for coronavirus.

Spain now has five confirmed cases but the case from Tuesday is the very first to be reported in mainland Spain. On Tuesday afternoon, a woman living in Barcelona tested positive for the virus. She reportedly traveled to northern Italy recently. That area has seen several cases of the virus in recent weeks.

The two previous cases in Spain had been reported in La Gomera and Mallorca. Catalonia’s regional government recently gave details on the woman’s case, saying she was placed in quarantine after visiting two cities of Italy, including Milan.

The Catalan health minister, Joan Guix, said the woman was showing symptoms of the virus. The people she may have come into contact with have been told to stay at home as a precautionary measure.

The hotel is now on partial lockdown and workers have been told not to come to work. The Guardian reports that the hotel is being guarded by police officers and that they set up a barrier a few hundred meters from the main entrance. Staff who showed up to the hotel were told to go home.

The Italian couple is believed to be from the north of Italy, where several cases have been reported. The confirmation of the cases has led to a partial lockdown of the resort, including its shops and bars.

Guests were informed of the situation through letters from the managers. The letters reportedly tell guests to stay in their rooms after the confirmation of the cases.

The Guardian reports that waiters at a restaurant located a short walk from the hotel said most of Tuesday’s lunch bookings had been cancelled due to the lockdown. A British guest told Reuters he was among those told to stay in their rooms.

The guest said they had been allowed to have breakfast at the hotel’s restaurant but added that they had not received any information. He also said he had not been tested for the virus.

The confirmation of the cases come as the situation continues to get worse in some parts of Europe. In Italy, authorities confirmed earlier today that three more people had lost their lives to the virus.

The spread of the virus in Italy has forced officials to make changes on big events that were scheduled for this week. On Monday, it was announced that six Serie A matches would be played in empty stadiums.

In Spain, the situation has also forced officials to make similar decisions. Last week, organizers of the famous Mobile World Congress event made the decision to cancel the event. The decision came shortly after several companies announced they would not be at the event, which takes place every year in Barcelona.

Companies such as Sony and Facebook have already announced they will not be at other events, including GDC and PAX East, which will begin in just a few days. Both companies have announced that their decision is over coronavirus concerns.