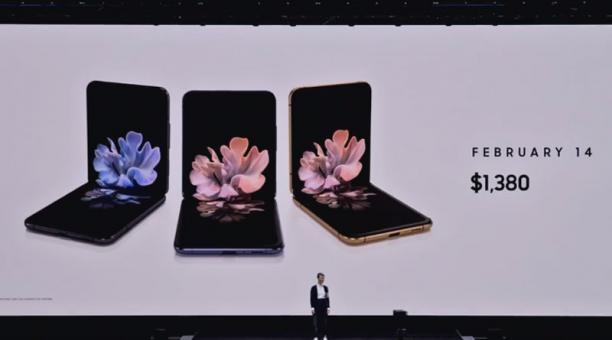 The world of foldable phones is currently very pricey, the majority of the phones go for more than $1,000. But over the last few weeks, smartphone companies have turned their attention to the affordable category. The devices remain very expensive when compared to a midrange smartphone but the prices are slowly dropping. Here are four somewhat affordable phones that will be released very soon:

Samsung has just announced the Galaxy Z Flip, a nice alternative for those who don’t want to spend nearly $2,000 on a Galaxy Fold. The two Samsung foldable devices are quite different, with the Galaxy Z Flip featuring a clamshell design.

The Galaxy Z Flip was in the rumors for months and it has finally been unveiled. The phone looks quite interesting and should be strong competition for the new Motorola Razr, which also features a similar design. Here are some of the specs for this phone:

The Motorola Razr was announced a couple of months ago and later delayed over high demand. The foldable phone was among the most affordable when it was announced last year but that has changed with the announcements of the Galaxy Z Flip and Escobar Fold 1. Here are the Motorola Razr specs:

The Motorola Razr is an interesting phone but with the announcement of the Galaxy Z Flip, some will have a tough time deciding. The Razr doesn’t have the best processor and it lacks some of the top features we see on phones priced over $1,000 such as wireless charging and 5G support.

The Fold 1 has been compared to the FlexPai since it has almost the same design and some of the specs. Here are some of its specs:

Royole announced a few days ago that it would not be making an appearance at MWC 2020. The tech event was later cancelled due to coronavirus fears but the company has revealed it will launch the phone this month.

In 2018, Royole became the first company to announce a foldable phone. The FlexPai was announced with a starting price of $1,300. The second version of the FlexPai is expected to keep a similar price.

Several companies have confirmed their plans of a foldable phone but these are the cheapest devices so far. We’ll keep you updated when more are announced.