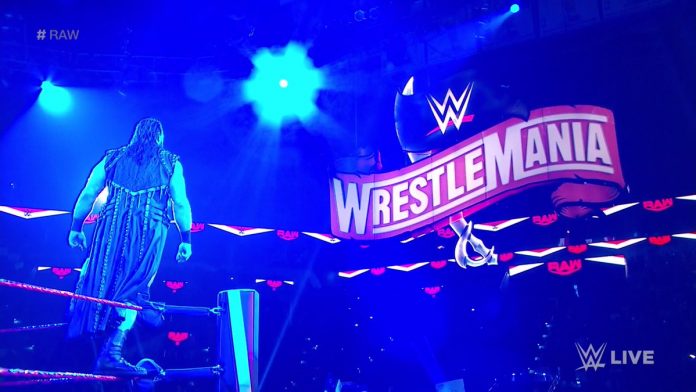 Brock Lesnar vs. Drew McIntyre for the WWE Championship is the only match confirmed for WWE WrestleMania 36. The storylines involving WWE SmackDown, Raw, and maybe NXT will likely fill up the match card real soon. Here are the big matches we could see at

Edge vs. Randy Orton appears to be just a matter of time before it is confirmed. The former Rated RKO members appeared to be returning to the tag team division but that was changed by an RKO out of nowhere from Randy. The attack from Randy came shortly after Edge eliminated him at the 2020 Royal Rumble.

With reports mentioning that Edge has a deal with WWE, it all seems like the feud will go on. The attack from Randy will likely spark a challenge from Edge, who returned to WWE after retiring nine years ago.

Roman Reigns did not win the Royal Rumble but the challenge from Drew McIntyre to Brock Lesnar leaves the door open for the WWE Universal Championship match. The former WWE Universal Champion has been in a feud with King Corbin but that appears to be in the past with what happened on last week’s SmackDown.

The Big Dog has been featured in the biggest matches at WrestleMania in the last few years. Bray Wyatt has also defeated almost every top superstar in the SmackDown roster, so a match with Reigns makes a lot of sense.

Charlotte Flair has won the 2020 Women’s Royal Rumble, which means she has an opportunity to face a champion. Bayley and Becky Lynch currently hold the Women’s Championship of Raw and SmackDown but a challenge involving them would mean yet another match.

Charlotte and the two champions have a long history of feuds. Becky Lynch and Charlotte were actually on the WrestleMania 35 main event. The three have had great matches between them but rumors say WWE could change things up.

Reports say Charlotte could go a different route and challenge Rhea Ripley. The WWE Women’s UK and NXT Champion has been unstoppable lately. A match between them would certainly bring something new to the WrestleMania 36 match card.

Sheamus is back after a long absence due to injury. The former WWE Raw and SmackDown tag team champion has been unstoppable since returning, attacking and then defeating Shorty G. Braun Strowman has just won the WWE Intercontinental Championship and rumors say Sheamus could be the next superstar to get a title opportunity.

Nakamura will likely get his rematch and who knows, maybe Cesaro and Zayn will join the picture. It wouldn’t be surprising to see a big match between all of them for the WWE Intercontinental Championship.

Shayna Baszler did not win the Royal Rumble but rumors say a match between her and Becky Lynch could happen. The former NXT Women’s Champion is part of the NXT brand so a call up to the main roster will have to happen at some point or maybe Becky will just challenge her.