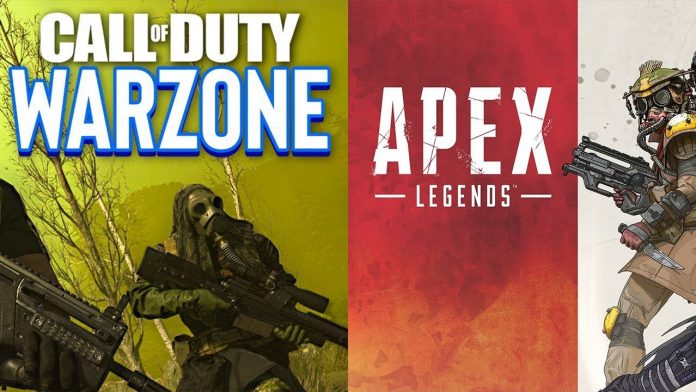 The free-to-play battle royale title from Activision and Infinity Ward is just a few days old but is already making noise. The game launched with squads of three but recently added solos to give players more variety.

The addition of solos immediately drew threads on reddit and posts on social media from Apex Legends players who have been requesting the mode for months. Apex Legends, which debuted in early 2019, has mainly featured a three-player squad mode.

The battle royale game from Respawn and EA has brought a few limited time modes to provide more variety. The modes have been featured through events, which usually last about two weeks.

Solos was part of Apex Legends for two weeks but the mode has never returned. Respawn have left the door open for a return after commenting on the mode but the game has instead featured other modes.

One of the most common in the game has been Duos, which has been introduced through several events, including the Valentine’s Day event last month. The mode has returned in different ways but has left just like the others.

Warzone also debuted with three-player squads but the game quickly added solos, which is a nice option for those who don’t have teammates online or simply want to play alone.

No Solos or Duos Yet

Respawn have not explained why there is no permanent solos or duos modes. But the game currently lacks many of the features that other popular battle royale games have. One of the main features that Apex Legends does not have is crossplay, which is available in other games such as Fortnite, Warzone, and PUBG.

The crossplay option allows the platforms to play together. The feature has been rumored for Apex Legends for quite some time but there is no confirmation on when that will happen. Crossplay would allow all platforms to match up instead of being divided.

Apex Legends is currently on Season 4 but the game has slowly made changes to improve the experience. Season 4 changes include a new variant of the map and adjustments to the Heirloom sets, which are now found through packs.

Warzone and Apex Legends are both battle royale games but they have some differences. That hasn’t stopped the Apex community from making some requests to improve the game, which is now midway through season 4.

It will be interesting to see how Respawn responds to the requests of the players who want too see more variety when it comes to game modes.

What do you think? Does Apex need a solos mode? Let us know in the comments.