Epic Games Hands Out Suspensions After Players Are Caught Teaming 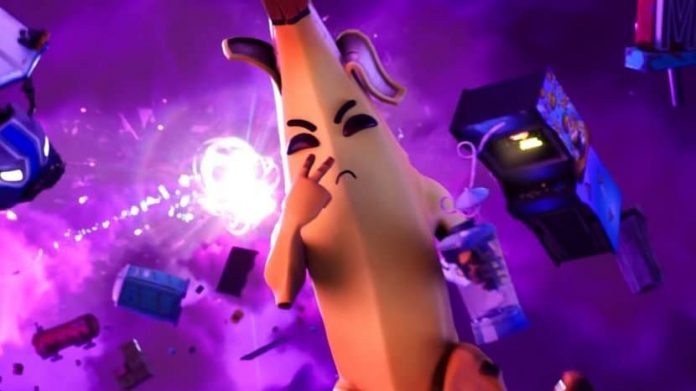 Epic Games has decided to suspend four players who were spotted breaking the rules during a match. The suspensions come from the allegations of teaming during the Fortnite Champion Series (FNCS).

The four players suspended are ”Bucke”, ”Keys”, ”Slackes” and ”Kreo”. The four caught the attention of people for their suspicious actions during a match of FNCS Week 1. The groups finished in the top two spots after solid performances but one video on social media showed some suspicious things during a match.

A clip from Twitter user droxide went viral shortly after the match. The clip shows the players barely damaging each other to avoid Storm Surge. In the match, if players don’t do enough damage they risk taking more damage from the storm, which moves after some time.

The two teams appeared to be taking a few shots at each other and taking some damage to keep up. The groups attempted to make the fights as real as possible but things became suspicious when they kept fighting and not eliminating each other.

The suspicious activity continued until it was almost clear that the teams were not interested in eliminating each other. The clip posted by the user has been commented by over 800 people.

Epic Games probably watched part of the video to determine if the players were actually teaming. The game developer looks at the videos before deciding whether players cheated or not. In this case, it appears that Epic Games had enough to hand out long suspensions.

The four players have been suspended for sixty days. These are some of the longest suspensions that the game developer has given to players caught cheating.

In the past, Epic Games has handed out shorter suspensions to players caught cheating/breaking the rules. One of the most talked about suspensions came when Epic Games banned XXiF and a few others for two weeks. The ban came after a user posted a video of the players acting suspiciously. The clip showed several players landing in one location and not putting up a fight against the player.

The players involved were pretty much out of the race for the qualifiers while the one getting the eliminations was still in the mix. Their actions raised suspicions of cheating and Epic Games later decided they had broken the rules.

The decision came with a bit of controversy since part of the community felt like the two week ban was not enough. Some of the players suspended eventually returned to the qualifiers and were able to make it to the Fortnite World Cup, which handed out a bonus to each participant and millions of dollars to the winners of each category.

Another pro player was recently in the gaming news after Epic Games banned him from the game for using an aimbot. FaZe clan member Jarvis went viral for his video explaining the situation but Epic Games made it clear he had broken the rules.

Daily eSports reports that Bucke has responded to the suspension, saying that the two teams scrim against each other often and that is why they are aware of each other’s habits. Kreo took Twitter to say that he wished they had the opportunity to explain/defend themselves, adding that Fortnite should have done some sort of investigation or made questions.