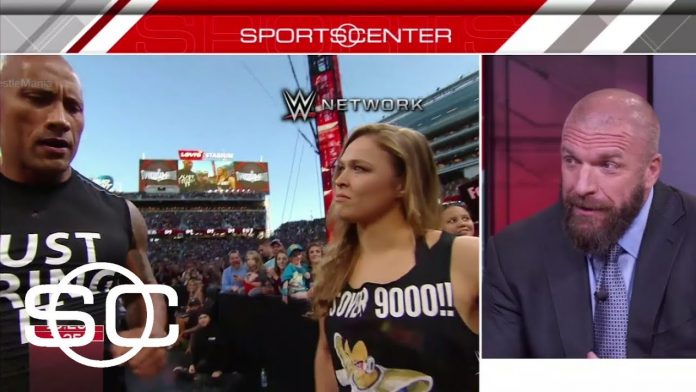 ESPN is among the popular channels when it comes to sports. The Disney-owned sports media company usually has the latest on the MLB, NBA, and NFL. But things have changed a lot over the last few weeks.

The sports media giant is one of the many companies affected by the situation with the coronavirus. The deadly virus has forced sports leagues around the world to suspend their seasons. This includes the NBA, which was getting close to the playoffs when it was announced that one Utah Jazz player had the virus. The league is currently suspended, which means no games.

ESPN is known for having the latest in sports but it plans to make a few changes during these difficult times. For three Sundays, the sports media giant will show recent WrestleMania events on its cable network and app. It all begins this Sunday at 7 PM ET.

The sports channel and app will show WrestleMania 30 on Sunday. This WrestleMania happened in early 2014 and is remembered for some shocking results. The match card for that event included Daniel Bryan vs. Triple H, John Cena vs. Bray Wyatt, and The Undertaker vs. Brock Lesnar.

On March 29, ESPN will air WrestleMania 32, which took place two years after WM 30. That event featured matches such as Triple H vs. Roman Reigns and a triple threat between Charlotte, Sasha Banks, and Becky Lynch for the WWE Women’s Championship.

On April 7, the sports channel and app will show WrestleMania 35, which took place last year. The match card for that event featured fights between Seth Rollins and Brock Lesnar, Roman Reigns and Drew McIntyre, and a triple threat between Ronda Rousey, Charlotte, and Becky Lynch.

ESPN has featured WWE superstars on its shows and segments but the sports media giant has never shown WWE matches. The announcement is huge since the matches that will be shown starting this Sunday are part of the WrestleMania events, which take place once a year. WrestleMania is the big event of WWE and its where many of its top title matches take place.

The news come as WWE is getting ready to host another WrestleMania, WrestleMania 36. The big event was scheduled to take place in Tampa, Florida but the recent events linked to the coronavirus have forced the city and WWE to make changes.

The WM 36 match card is almost set with matches such as Randy Orton vs. Edge, Becky Lynch vs. Shayna Baszler, and Charlotte Flair vs. Rhea Ripley all scheduled to take place. WWE has already been working without crowds, the company has held its latest episodes of WWE SmackDown and Raw at the performance center without any fans.