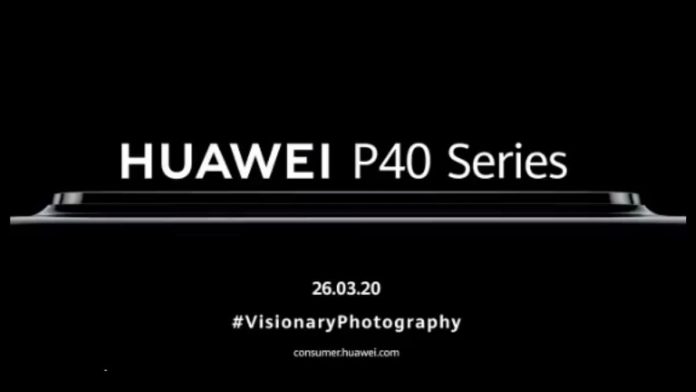 The Huawei P40 lineup is just a few days away from being unveiled. But while we wait, there is a ton of information that has surfaced on the upcoming devices. Leaks posted by a few tech sites have confirmed or given us more details on what we will see with the P40 smartphones.

Here is everything we know about the devices:

Huawei will reportedly unveil at least two variants of the P40 devices, just like it has done with the series in the past. The top variant is rumored to be the P40 Pro, which will come with the best specs.

The P40 Pro is said to be coming with a Kirin 990 5G processor. 9to5Google points out that the P40 Pro might be offered in LTE versions in some countries. This variant is said to have a 6.58-inch AMOLED display and a resolution of 2640 x 1200.

On the camera department, the Pro variant is said to have a 32MP selfie camera. The primary camera is 50MP while the other sensors are 40MP and 12MP. Other specs include 8GB RAM, 128GB or 256GB of storage, and a 4,200 mAh battery.

The regular variant of the P40 is said to feature a 6.1-inch FHD+ AMOLED display. On the camera department, the device has a 32MP front camera. The primary camera is 50MP while the other two sensors are 16MP and 8MP. Other specs include a Kirin 990 processor, 8GB RAM, 128GB storage, and a 3,800 mAh battery.

The devices will arrive without the apps from Google services. This is not exactly new information but it is now pretty much confirmed there will be no Gmail, YouTube, and all the Google apps that are usually pre-installed on Android smartphones.

The absence of the apps has to do with the restrictions from the US. The restrictions prevent the company from doing business with US companies such as Google, which is behind Android and the apps that are included through the operating system.

This will not be the first major release of the company to pass on the apps. It started with the Mate 30 release last year and has continued with other Huawei devices, including the Mate X and Mate Xs.

Huawei said months ago that the P40 would arrive without the apps from Google. The Chinese smartphone giant has instead come up with alternatives and other popular pre-installed apps.

The prices have been a big question mark since information on the devices started surfacing. Reports initially mentioned that the prices would drop in order for the company to keep the phones an attractive option. The lack of Google apps was said to be the cause of that. But other reports later mentioned that the company will probably keep the prices similar to previous releases. One of the phones is rumored to have a price of 799 euros.

The P40 phones are just a few days away from debuting so we will soon know the exact prices and the markets in which the devices will be available.