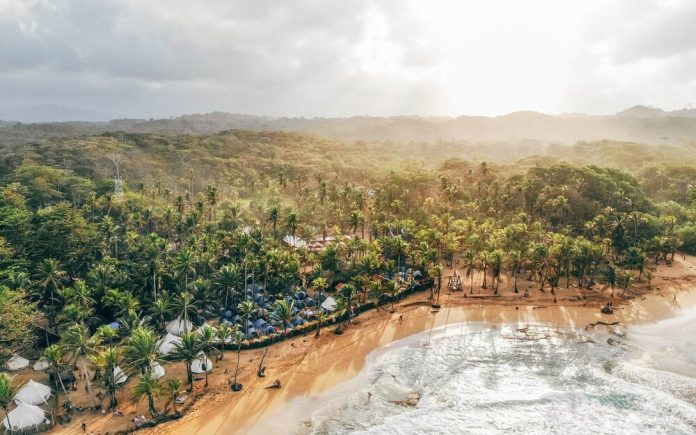 Hundreds of people who are at a beach in Panama’s north coast have been put on lockdown. The announcement comes shortly after the country announced a state of emergency over the coronavirus.

The people at the beach attended the Tribal Gathering festival. The BBC reports that one attendee said that around 300 people were in the area.

The organizers of the event said there were no confirmed or suspected cases among the people there. They said that officials ordered the guests in the area to remain there until March 23.

The music festival took place between February 29 and March 15. The event featured appearances from several music groups. The event ended two days ago but guests found out shortly after they couldn’t go anywhere.

The guests have been there for two days and will remain there for at least six more, according to the information from the festival and authorities.

The initial plans appeared to be for guests to leave the area but things took a different turn, according to Katie Hughes, who the BBC reports worked and played at the festival. She said the event was allowed to continue until its last day, which was Sunday.

The government was expected to take care of the transport for the guests. The initial plans were to take the guests to Panama City. But she said things changed when there was news of a suspected case among the crowd.

The result of the test reportedly came back negative but the guests had to wait until the information was confirmed. The result came on Monday and the guests were ready to board the buses to Panama City later that day.

Ms. Hughes said she and others were on the bus after being tested but the evacuation was delayed again after rumors of a lockdown on the festival. She told the BBC that they weren’t really given any information by authorities or festival organizers. They spent two hours on the bus before being told to go back to the festival area.

Ms. Hughes is back to Panama’s capital after she said one of the drivers went to the city after they refused to go back. She was among the few that went to Panama City.

Ms. Hughes estimates that around 300 people were unable to leave. She does not have an update on the situation since there is no phone signal and very limited WiFi in the area.

The Instagram page of the music festival has made a post talking about the situation with the virus and the lockdown. The UK Embassy in Panama said on Twitter that it was informed of the situation and that it was working with local authorities.

Panama has among the highest number of cases in Central America. At least 69 cases have been confirmed. The country has closed its borders and has announced several restrictions to prevent the situation from getting worse.

Coronavirus has quickly spread across Latin America over the last two weeks. Colombia, Venezuela, and Chile are among some of the countries that have reported more cases. The virus, which surfaced late last year, has thousands of cases in China, Europe, and other parts of the world. The virus has led to the cancellation or suspension of many events, including several sports leagues around the world.