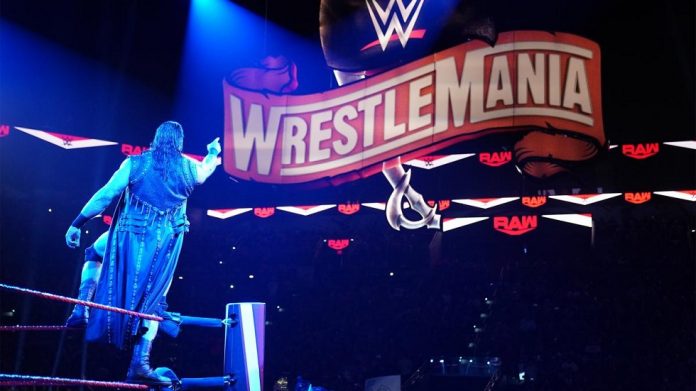 WWE WrestleMania 36 is just a few days away from airing but the event could be a lot different than what has been advertised. Just a few hours ago, it was revealed that Roman Reigns would not be in the match against WWE Universal Champion Goldberg.

Roman Reigns was scheduled to face Goldberg for the title at WrestleMania 36. The two superstars had been building up their feud in recent episodes of WWE SmackDown. But due to concerns surrounding the coronavirus, Reigns has decided to pull out of the event. Reigns first WWE Universal Championship run was interrupted by leukemia.

The former The Shield member recovered and returned in early 2019. This would have been his first world title opportunity since returning last year.

Reigns is the first to be out of the event but reports say more advertised matches could see changes in the next few days. Several wrestling sites report that a current WWE title holder, who was set to defend his title at the event, has been suffering from illness and his match has not been taped yet.

The superstar is said to be The Miz, who is one half of the WWE SmackDown Tag Team Champions. Miz and John Morrison were scheduled to defend their titles at the event but the match is now surrounded by questions since it has not been taped.

Other wrestling sites have hinted that multiple advertised superstars will not be competing. The names of those superstars have not been revealed but this could mean big changes to the match card in the next few days.

WM 36 was originally scheduled to take place in Tampa, Florida. WWE SmackDown, Raw, and NXT began building up the storylines and feuds months ago. Recent PPVs determined some of the matches while others were confirmed weeks before.

One of the first matches to be confirmed was Drew McIntyre vs. Brock Lesnar for the WWE Championship. The match was announced one night after McIntyre won the 2020 Royal Rumble. The WWE Championship match still appears to be part of the plans for the event.

WM 36 has seen many changes due to the coronavirus. Other sporting events have been completely cancelled or postponed but WWE has instead decided to use the Performance Center in Orlando to hold the event.

WWE announced a few days ago that the event would be a two-day thing and that it would take place at that venue. The announcement came just days after the company started holding episodes of SmackDown, Raw, and NXT in there.

The episodes of the brands have been held without fans. WWE said WM 36 will only have essential personnel, which means there will be no record breaking crowds like in previous WrestleManias.

It is unclear who will challenge Goldberg for the WWE Universal Championship. The two-time Universal Champion returned earlier this year and captured the title against Bray Wyatt. It was previously rumored that Bray Wyatt would have a rematch with Goldberg at WM 36 but that changed with the challenge that Wyatt made to John Cena after his return.