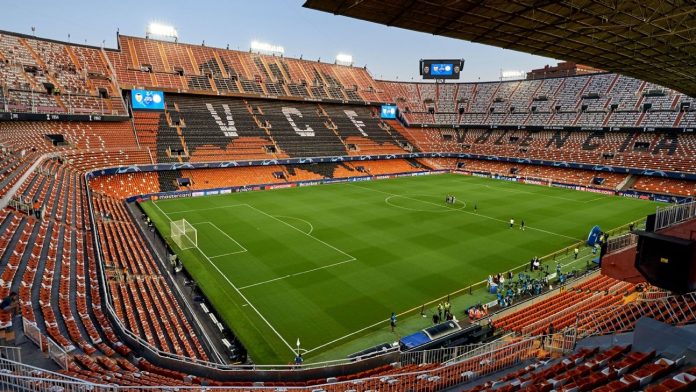 The Valencia and Atalanta Champions League match that will be played in Spain on March 10 will be without fans. The match in Spain will be the second between the two. Atalanta won the first game 4 – 1.

Concerns about the spread of the virus have canceled or postponed several events linked to the sport. In recent days, authorities in Italy have taken many steps to prevent the virus from spreading.

Earlier today, it was announced that Inter’s Coppa Italia semi-final had been postponed. The second match was going to be played at Napoli but authorities announced a postponement as a result of the spread of the virus.

Serie A confirmed through a statement that the Juventus match against Milan, which was originally scheduled for Wednesday, had also been postponed.

Italy has seen several cases and the spread has forced authorities to make changes on the football calendar. Several Serie A matches have already been postponed over the last two weekends. One of those games was the match between Juventus and Inter Milan.

Just a few minutes ago, the Italian government announced that all sport in the country, including the Serie A games, will be played in empty stadiums until April 3. The decision was made in an effort to contain the virus.

The decree, announced by Italian Prime Minister Giuseppe Conte, includes all regions of the country, including those that have not reported cases of the virus. The decree mentions that sports events and competitions of all kinds and disciplines are suspended. But it does add that they are permitted to be carried out behind closed doors or outdoors without the presence of the public.

Sports teams around the world have started taking measures to prevent the virus from spreading. A number of clubs have advised players not to participate in selfies or sign autographs until the situation has improved.

Reports said a few days ago that the NBA was telling players to go for fist bumps instead of high fives. A few hours ago, the NBA postponed the Basketball Africa League due to health concerns. The league was announced last year and was scheduled to begin soon.

Other sporting events are now surrounded by rumors of postponement or cancellation since the virus has continued spreading around the world. One of the big events surrounded by speculation is the Tokyo Olympics, scheduled to begin in late July. The sporting event is going to be held as planned, according to recent comments by government officials. But organizers have brought up the concerns. Tokyo has been preparing for the event for years and a cancellation or postponement would leave big financial losses on the country.