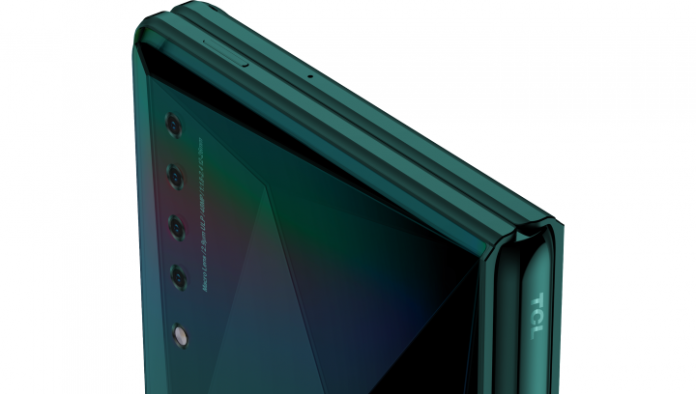 Electronics company TCL shocked the tech world a couple of months ago when it announced that it would enter the foldable phone market at some point. At the time, a foldable phone was confirmed but there were really no big details on what it would feature or how it would look.

Now, the company has introduced a couple of concepts to give us an idea on what it is planning to have in the future. The company’s concepts feature two different designs, letting us know that there might be more than one foldable phone from them in the future.

One of the designs is very very interesting since it expands the phone sideways, with the screen coming out from underneath the device. According to GSMArena, the feature is motorized, which means there is no manual motion to expand the screen.

The other design features a screen that can fold in three. GSMArena reports that the panels are developed by TCL-CSOT, the company’s screen division. According to the phone site, the company has developed two different hinges for the phones, one known as DragonHinge and the other ButterflyHinge.

TCL has not revealed major details such as specs or prices but the introduction of the concepts is big news from the company since it shows that it is going all in on the foldable phone market.

The concepts are quite interesting and could mean serious competition for the foldable phones in the market. If TCL wants to make a big splash, it will have to release something very unique.

TCL is not really known for its phones but the company could have a good start if its foldable phone concepts end up being as good as they appear on video. We also don’t know the prices, something that could work on the company’s favor if they end up being lower than what Samsung, Huawei, and others offer.

Foldable phones started entering the market in late 2019 but most of them have one thing in common, the high price. Huawei’s Mate X has a price of $2,400 while Samsung’s Galaxy Fold is $20 shy of having a $2,000 price tag. In recent weeks, Motorola and Samsung have released much more affordable devices such as the Razr and Galaxy Z Flip but those phones still cost more than $1,300.

We’re still talking about concepts from TCL so we have no idea when the phones will actually be released. The introduction does show that the company is all in on this technology.

Mar 31, 2020
The United States has offered Venezuela a way out of the sanctions that have been imposed over the last few years. The offer involves...