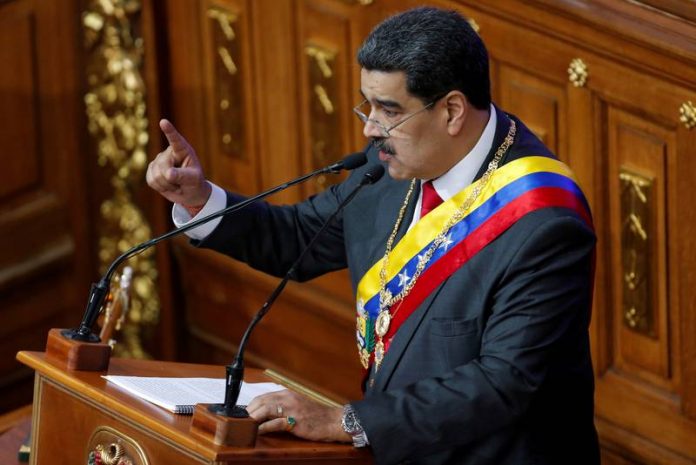 The United States has offered Venezuela a way out of the sanctions that have been imposed over the last few years. The offer involves its leaders sharing power until there is a new election.

If the offer is accepted, Maduro would step aside until there is a new election. Last year, the US announced a tougher round of sanctions against the country. The sanctions were imposed to pressure Maduro out of power but he claims he is the legitimate president of the country and has said in a number of ocassions that he plans to remain there until at least 2025.

Just a few days ago, the US added more pressure against Maduro and supporting officials by charging him and several others with narco-terrorism. Several officials have already been sanctioned in the past, including the members of the electoral council, who have been accused in the past of being in favor of his party.

Venezuela’s economic and political crisis continues and things appear to be far from getting better as there is another problem that the country appears to be struggling with, the coronavirus outbreak.

The deadly virus has seen cases in the South American country and while the numbers are much smaller than other parts of the region, some fear that things could get worse since Venezuela’s health department has been severely affected by the crisis.

Juan Guaido’s run as interim president has not pushed Maduro out of power. The PSUV party, who is led by Maduro, is instead planning to hold national assembly elections. The national assembly is the only thing they do not control after suffering a big loss in 2015. After the loss, the government set up a constituent assembly with its own candidates.

People believe the offer will not be accepted by Maduro, who has accused the US in the past of starting the economic crisis. Last August, the US announced the toughest sanctions against the government, preventing companies from doing business with the nation. The sanctions forced several companies to exit the countries. Others that were doing business with Venezuela after a previous round of sanctions were also pressured into ending their agreements.

Maduro blames the economic crisis on the sanctions but the opposition and some experts point to the questionable decisions by the government and the recent drop in oil prices. The situation with the coronavirus has brought even more problems to the country, including the suspension of fuel sale in some parts.

The proposal from the US prevents Guaido and Maduro from being part of the transitional council. The main goal of the plan is to have new elections within a year. Maduro has not responded to the offer but he said during a televised address on Monday that justice will reach everyone.