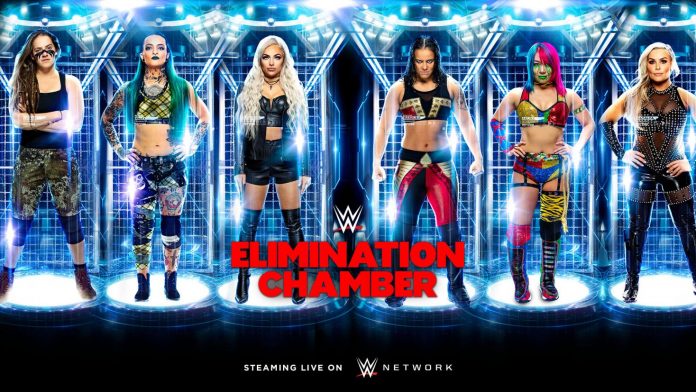 WWE Elimination Chamber 2020 took place on Sunday, leaving a much clearer picture on what fans will likely see at WrestleMania. Here are the results and what happened during the matches:

Curt Hawkins and Zack Ryder teamed up to take on The Viking Raiders during the kickoff show. But things didn’t go well for Hawkins and Ryder as they lost to the former tag team champions.

Andrade is still the WWE United States Champion after defeating Humberto Carrillo. The two have a long feud and this is probably not the last time they will face each other.

Daniel Bryan left with a victory against Drew Gulak. But the question now is where Bryan will fit in the WrestleMania puzzle. The former WWE Champion does not have a title match at the big event so we’ll have to wait and see what happens in the next episodes.

The Miz & John Morrison are still the WWE SmackDown tag team champs after defeating several teams, including The New Day. Morrison recently returned to WWE and teamed up with The Miz to take on The New Day, who they defeated to become the new champs. The tag team elimination chamber match featured other feuds as well, including the Otis vs. Ziggler thing that’s going on with Mandy.

Sami Zayn with the help of Nakamura and Cesaro got the win against Braun Strowman. The match was for the IC title, which is now in the hands of Sami Zayn. This is a big win for Zayn since it is the first time that he wins a main roster title.

Aleister Black vs. AJ Styles appeared to be a win for The Phenomenal One. The help from the OC couldn’t be stopped as it was a No DQ match. But AJ Styles was once again interrupted by The Undertaker, who dropped Styles with a Chokeslam. This was the second time The Undertaker made an appearance to attack The Phenomenal One. The interference was enough for Aleister Black to hit his finisher and get the win.

Jul 30, 2020
On Wednesday, forest rangers captured one of the bears that was causing trouble in the province of Trento. The animal was brought in and...