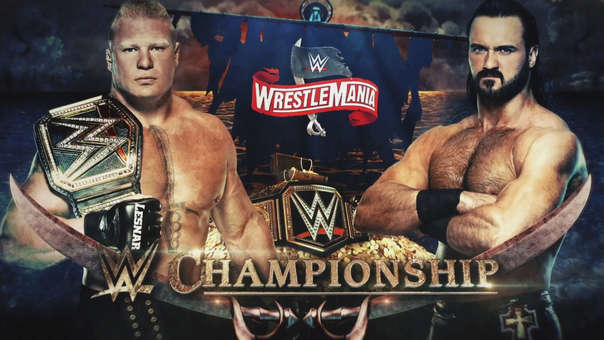 WWE WrestleMania 36 is a little over a month away and several matches have already been confirmed. The most recent additions have come through a PPV and episodes of SmackDown and Raw. Here are the five matches that have been confirmed so far: 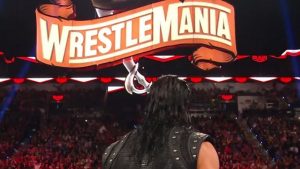 The big surprise of the match card is now Goldberg vs. Roman Reigns. Goldberg went up against ”The Fiend” Bray Wyatt at Super ShowDown and won the match, making him the new WWE Universal Champion. Recent leaks had Bray Wyatt facing Roman Reigns at WM 36. But there is now a change, with Goldberg getting a challenge from Roman Reigns.

John Cena has returned to WWE after some time away from the ring. The return saw him come to the ring and give a few words to the WWE universe. The best part took place as he was about to leave the stage, with Bray Wyatt coming out and not saying a word. He instead pointed to the WM 36 sign and the match between the two was later confirmed. This is the second time that John Cena and Bray Wyatt will meet at WM. The first was back in WM 30, where John Cena defeated Bray Wyatt.

Bray Wyatt’s rematch for the title could come some time after WM 36 since Roman Reigns vs. Goldberg has already been set.

Becky Lynch does not have an opponent for WrestleMania at the moment. That will be decided between the six women that will be part of the Elimination Chamber match. Last year’s main event match at WM featured Becky Lynch, Ronda Rousey and Charlotte Flair. Charlotte is on SmackDown and already has her match while Ronda Rousey has not returned since that match.

Rhea Ripley and Charlotte Flair will face each other for the WWE NXT Women’s Championship at WM 36. Charlotte won this year’s Royal Rumble match and later said she had defeated the women’s champions of both brands. She was then interrupted by Rhea Ripley, who said she was up for a challenge. Charlotte did not make a decision there but later accepted by attacking Ripley after she retained her title at TakeOver: Portland.