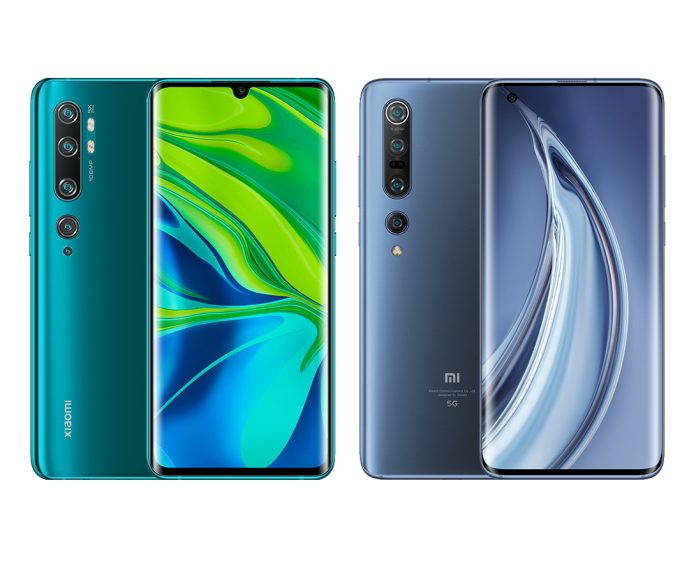 Xiaomi has officially launched its Mi 10 smartphones in European markets. The announcement comes just one month after the devices were launched in the company’s main market, China.

Xiaomi’s Mi 10 and Mi 10 Pro are now official in those markets and the company has revealed just about everything, including the prices and variants for each device. The Mi 10 starts at 799 euros for the 8GB RAM / 128GB storage variant. The Mi 10 also has a second variant with 8GB RAM and 256GB of storage, which costs 899 euros. The Mi 10 Pro, the top variant of the Mi 10 releases, has a price of 999 euros. The device has 8GB RAM and 256GB storage.

The two models feature a 6.67-inch display and a punch-hole cutout on the top left for the front camera. The devices have a number of similarities, including a Snapdragon 865 processor and a main camera of 108MP.

The Mi 10 Pro does have a few extras since it is the most expensive of the two. Most of the extras are in the camera department, with the Mi 10 Pro featuring an 8MP telephoto lens with up to 10X zoom as well as a 12MP sensor with 2X optical zoom and a 20MP ultra-wide snapper. The regular Mi 10 comes with a 2MP depth helper and a 2MP macro cam. The ultra-wide snapper on this version is 13MP.

The Mi 10 and Mi 10 Pro are the latest smartphones from Xiaomi. The devices launched in China weeks ago but the debut in other parts of the world has been interrupted by the situation with the coronavirus.

European markets such as Germany and Spain will soon see the device. But other parts of the world such as India will have to wait a little longer due to recent announcements by the government.

Xiaomi then made its own decision after the announcement, revealing that the launch of the Mi 10 in the country had been postponed. The smartphone was scheduled to debut at the end of March.

Xiaomi released a short statement saying that the cases had increased in the last 48 hours and that it had made the decision to postpone the launch. The company had already taken other measures before the delay of the launch.

The sale of a smartphone from the Redmi series was cancelled before the postponement of the Mi 10 launch. The company has also decided to close all the Mi Stores in the country while it waits for the situation to improve. Deliveries have also been suspended.

Xiaomi is among the several smartphone companies that have decided to delay or cancel their launches in the country. We will keep you updated when there is more information on Xiaomi smartphones.