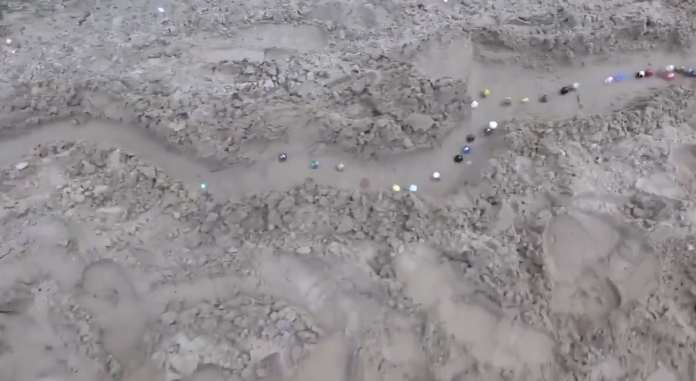 The Premier League, Serie A, NBA, and March Madness tournament were among some of the sporting events that were suspended when more cases of coronavirus started being confirmed. The situation has not improved and it seems like sports fans will have to wait a few weeks or maybe months for the usual sports leagues to resume. But during the wait, sports channels and people have turned to alternative sports. Some were a bit popular before but others have completely grabbed the attention since they show just how much people miss turning on the TV and seeing a basketball or football game. Here are five alternative sports that have taken over during the coronavirus pandemic:

Marble racing has come out of nowhere to grab the attention on social media. The alternative sport is exactly what it’s called. A group of marbles are let go in a track created on sand. One of the videos showed a marble completely dominating a race, despite the many turns and bumps along the way. The video, which has been watched by thousands, includes some commentary to keep viewers updated on the positions.

Last month, NASCAR and iRacing announced the creation of the eNASCAR iRacing Pro Invitational Series. The series was set up to fill the temporary racing void with several current and former NASCAR drivers. iRacing is a bit more serious and complicated since it requires a computer, a steering wheel, and pedals.

Video game simulations have been around forever. If you leave a sports game sitting on the menu for a few minutes, you will usually get a random match between the CPU. The simulations are often skipped by players who want to control everything themselves. But with sports suspended, some have taken things to a new level. Several videos have shown people watching entire matches between the CPU. Some have even bet on the teams. One of the games that people are doing simulations with is NBA 2K20.

WWE is a giant when it comes to wrestling but the company had never seen its matches on ESPN. The sports channel has worked with WWE superstars in the past but never shown an entire event or match on the channel. ESPN usually has tons of sports content available but the virus has made them run out of content. Late last month, it was announced that ESPN would show previous WrestleMania events, including the one from last year, WM 35.

WWE recently aired WM 36, which was taped and shown during the weekend. The event featured essential personnel, meaning no crowd, just like its recent episodes of NXT, Raw, and SmackDown.

The world continues to see more cases so the sports suspension will likely bring up many other alternative sports.