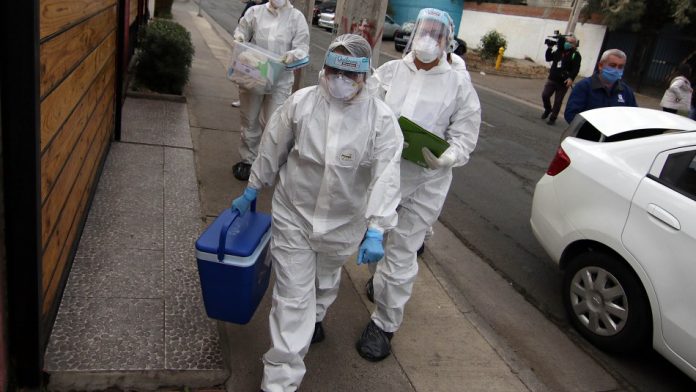 Chile will start reopening malls on Friday, three months after announcing a nationwide lockdown over the coronavirus pandemic.

Chile has been one of the most affected in Latin America but like many countries around the world, it has already announced plans to slowly go back into normality. On Wednesday, Las Condes mayor Joaquin Lavin talked about the plans.

He later said they will bring in people to see how everything goes on Friday. Lavin added that a decision to open malls to the public will be based on the results of the first opening. The plans will allow people to visit malls but the rules will remain.

People going to the malls will be required to wear face masks and allow their temperature to be taken. Some supermarkets and other businesses have been taking the temperature of customers to see if there is any sign of the virus.

Social distancing as well as limited number of people inside stores will also be part of the measures to reopen malls. The South American country plans to reopen more than 100 malls in the next few weeks.

Chile has reported more than 14,000 cases and over 200 virus-related deaths. The numbers place it in the top ten for Latin America but the situation appears to be even worse in nearby countries such as Ecuador, Peru, and Brazil.

Chile announced a nationwide lockdown months ago along with a curfew starting at 10PM. The country has slowly eased the restrictions but the curfew remains.

During the lockdown, some of the communes were placed under quarantine due to the amount of cases reported. The quarantine lasted a few weeks before the government started announcing the removal of communes such as Independencia, where the number of cases was said to be very low. Part of the commune was reportedly added back to quarantine after a virus-related death was reported.

The country has also announced a number of measures to slow down the spread of the virus. One of those measures is the requirement of a face mask for those who use public and private transport.

The communes under quarantine also require residents to have a permission to go outside. The permission is needed since authorities have the right to stop anyone and ask for it. People who are stopped without one can face huge fines.

Chile is one of many countries that are announcing plans to slowly get back to normality. In Europe, Germany and France have announced plans for students and businesses. Germany has started reopening small shops. In some areas, small as well as large shops have been allowed to reopen.

In France, the Prime Minister recently announced that face masks will be mandatory for some places. The announcement came shortly after it was revealed that the country will start to ease the lockdown. The European country’s first plan is to reopen some primary schools and kindergartens. On May 11, the country will allow non-essential businesses to reopen. The measures do not include bars and restaurants, where large crowds usually gather.

The Prime Minister said at the time that the lockdown will not be eased on May 11 if new cases don’t stay under 3,000. The country has been averaging less than that and health authorities hope that decrease continues.