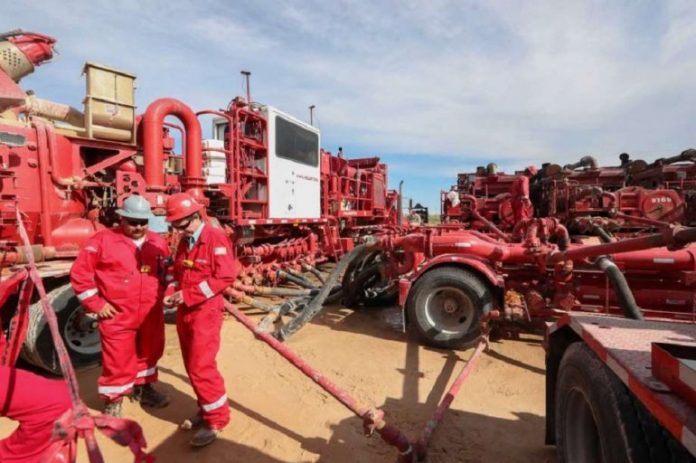 Halliburton, one of the largest oil field service companies in the world, is pulling out of Venezuela after Washington brought more sanctions against the South American nation. The latest sanctions prevent US companies from operating in the country, mainly in the oil sector. The announcement means US companies cannot drill for oil, provide any equipment, or transport it.

Halliburton was left with little options after the sanctions, only being allowed to provide safety and preservation of its Venezuelan assets. Oilprice.com reports that if the company does make the decision to leave entirely, Venezuela will likely expropriate the company’s assets since it will not be able to remove them.

Several US companies have already left the country over the sanctions that the US government has announced in recent years. In some cases, Maduro and supporting officials have reopened the factories and businesses that have left. The majority of the reopenings have been criticized and gone unsuccessfully since the country has severe shortages on many things.

Halliburton is not the first oil company to suspend activities in the last few days. Chevron said last week that it had been ordered by the government to reduce its operations in the country. The company was given until the end of the year.

Chevron has worked with Venezuela for many years but Oilprice.com reports that with the prices crashing and the bleak outlook, a pullout now makes more sense for the company.

Maduro and supporting officials blame the situation of Venezuela on the sanctions from the US and allies. The South American nation is still in the middle of an economic and political crisis that has turned the country into one of the poorest in Latin America.

Over the last few months, the Trump administration has turned up the pressure against Maduro, who refuses to leave power. Venezuela has been hit with several sanctions but some of the toughest have come over the last year.

Sanctions last year led to the pull out of many US and international companies from the country. The sanctions, which prevent US companies from doing business with Venezuela, left the country without services such as Adobe. The software company left the country shortly after its decision. Reports later said the company had received permission to continue operating. Others have not returned since the sanctions were introduced in late 2019.

The situation in the country has also turned worse since the coronavirus pandemic has left many more without jobs. The country already has some of the lowest salaries in Latin America, despite the many increases by the government in the last five years.

The coronavirus pandemic as well as the sanctions by the US at the same time have reportedly left the country without gasoline. The prices of fuel have reportedly increased a lot since the situation started.

Venezuela has 329 confirmed cases of coronavirus, which ranks it among the lowest in Latin America. But experts say the virus could be catastrophic for the country since the health sector has struggled with shortages for many years.