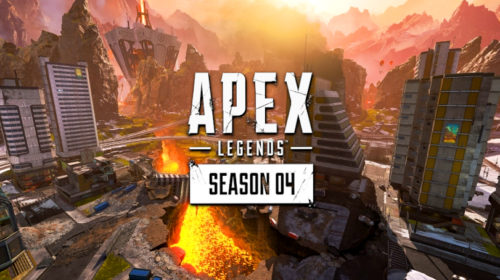 Apex Legends is one of the most popular battle royale games out there but the Respawn and EA title is far from perfect, especially when it comes to its Ranked mode. Players know that there is an update coming in the near future with season five just around the corner.

The new cosmetics and battle pass will keep players entertained for a while. But the best piece of information was probably provided by Respawn developer Josh Medina. The information came during a conversation that some pro players and the Twitter community were having. In the conversation, one of the users brought up that the way to solve the disconnect issues and all the other server problems was by having a reconnect feature.

The Respawn developer responded to the tweet by saying real soon. This is huge because disconnect issues have plagued the battle royale game for a while now. This season, its been no different since users have reported several disconnect issues during Ranked and regular matches.

Disconnect issues are a bad problem for any game, especially for battle royale games such as Apex Legends. The issues get even more frustrating for players who compete in Ranked. The game mode is all about earning points and advancing through ranks but a disconnect usually leads to a loss in points for the player. The worst part is that it can sometimes lead to a penalty, which prevents the player from competing in Ranked for a certain amount of time.

Users Have Requested This Feature

Users have repeatedly complained about the disconnect issues on reddit and social media. The reconnect feature has been one of the most suggested options to solve this problem. Dexerto reports that there were rumors in the game’s early days on the feature. But it did not arrive with the season four update or any of the patches for the game since.

The real soon tweet means that the feature will likely arrive to the game in the next few weeks or months. The battle royale game is actually two weeks away from launching its new season, so this could mean major changes, including the reconnect feature.

Ranked has been adjusted a few times since it made its debut back in season two. The game mode is currently one of three that the battle royale title offers. Ranked and regular matches have been around for many months while Duos was added a few days ago.

Other Changes Coming Up

Apex Legends devs have also hinted at other changes, including a Mirage buff. The Legend has been in the game since the very beginning but many players consider him one of the weakest since his abilities are not as useful as other Legends. One of the big additions that players are waiting for is the new Legend. Season four and season three introduced Revenant and Crypto, who can be unlocked by earning legend tokens.

We’ll keep you updated on the changes that are coming to the battle royale game in the near future.