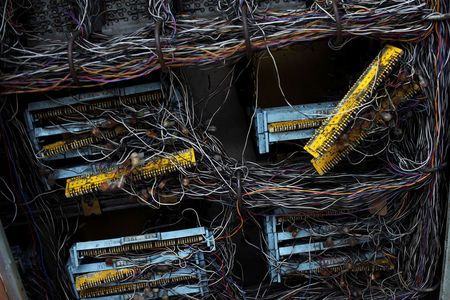 The coronavirus situation has brought even more problems to Venezuela, which is currently in the middle of a political and economic crisis that appears to have no solution for the near future.

One of the most affected by the recent coronavirus pandemic has been the telecommunications industry, which was already struggling to keep up before the virus surfaced. According to reports, the internet in the country is slowly getting to a point where it could completely collapse.

Global Speedtest shows that Venezuela currently has one of the slowest internet speeds in the world. Big cities such as Maracaibo only have internet speeds of less than 10MB and in most cases, the internet isn’t stable.

Telefonica Movistar, one of the biggest mobile carriers in the country, revealed that during the first week of quarantine the data usage was the same as the numbers from all of 2019. The president of the mobile carrier in Venezuela called for people to use it responsibly.

Venezuela’s telecommunications industry is one of many sectors that have suffered during the economic crisis. CANTV, the state telecommunications company, has been heavily affected, with offices in Maracaibo and other cities lacking equipment and devices to fix or replace modems reported by users.

The state’s telecommunication organization, Conatel, confirmed that the country is losing speed despite the loss of millions of users over the last few years.

The telecommunication problems are linked to the other problems in the country. According to El Universo newspaper, the lack of fuel is only making things worse since the mobile towers of the country work on diesel.

Vandalism has also become a huge problem in the country since thieves take the wiring to sell it out of the country. The theft of the equipment and cables has heavily affected companies such as CANTV, which once provided the country with most of the internet service.

Telecommunications company Digitel said through a statement that since the start of the quarantine on March 17, the data usage has been massive and that during the first five days, the usage of Netflix duplicated and usage of social media such as WhatsApp and Twitter went up 40 percent.

Earlier this month, reports said that the country’s first and only state-owned communications satellite had been out of service since March 13.

Venezuela has not reported a large amount of coronavirus cases. According to reports, the latest number of cases is at 114. Three deaths have been reported in the country. But the South American nation was quick to take measures, announcing a quarantine and making people stay at home. The quarantine was announced before many other countries took the same measure. It’s been over two weeks since the measure but the internet appears to be struggling due to the amount of people using video services and social media apps.

El Universo newspaper posted some of the things users said about the internet, with most reporting slow speeds and others saying that the speeds get better late at night. Nicolas Maduro has ordered companies to keep the same offers and services during the situation but employees and officials fear things could get worse since data usage and the lack of maintenance could lead to a collapse.