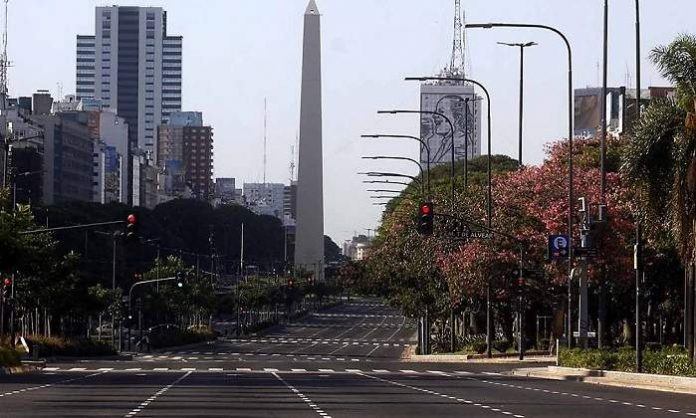 Argentina has been trying to reactivate its economy but local media reports that the recent rise in cases might push everything back. President Alberto Fernandez is said to be considering the extension of the lockdown until June 8. La Tercera reports that the decision will be discussed with a group of health experts and that an announcement could come some time Friday or Saturday.

The president said during a visit to a car factory that they will continue the quarantine. On Tuesday, the country recorded a rise in cases. 438 new cases and 11 deaths were reported. The numbers on Tuesday took the cases in the country to 8,809.

Local media reports that officials close to the president say that the process of easing things is not being considered at the moment. The government was reportedly planning to reactivate the economy in most of the country but there were different plans for Buenos Aires, where most of the cases have been reported.

Buenos Aires Has the Most Cases In Argentina

Buenos Aires, where more than half of the cases have been confirmed, had slowly started to ease the quarantine last week. Small businesses such as food delivery and bigger ones such as construction resumed activities. The move to slowly reactivate the economy has brought some criticism since some believe the country is not ready.

Officials in Buenos Aires have criticized other city officials for taking risks. Buenos Aires is far ahead of other cities when it comes to cases, with more than half of the total. Reports say some areas of the city are not ready for the lockdown to be eased since they continue to have conditions where the virus can be easily spread.

La Tercera reports that a location known as Villa 31 has the majority of the cases in the city with 1,410. Argentina went on lockdown weeks back after it began seeing a rise in cases. At the time, the country had a high number when compared to other parts of Latin America.

Argentina has dropped down the list but neighbors such as Chile have seen a rise in cases. Other parts of South America are also struggling with the amount of cases, including Brazil and Peru. The two are now in the top 15 after seeing a low number of cases early on.

Travel Ban and Other Measures

Argentina was one of the first to announce tough restrictions when the number of cases began rising. The South American nation introduced a travel ban for international flights. Colombia has also followed with a similar ban. Only humanitarian and cargo flights are arriving to the country.

Coronavirus cases recently reached 5 million. The country with the most cases is the United States with over 1.6 million. Russia is now second after a quick rise in cases over the last few weeks. Brazil is third on the list after seeing an increase in recent days. More than 1.9 million people have recovered from the virus so far. 328,462 deaths have been confirmed, according to Google statistics.