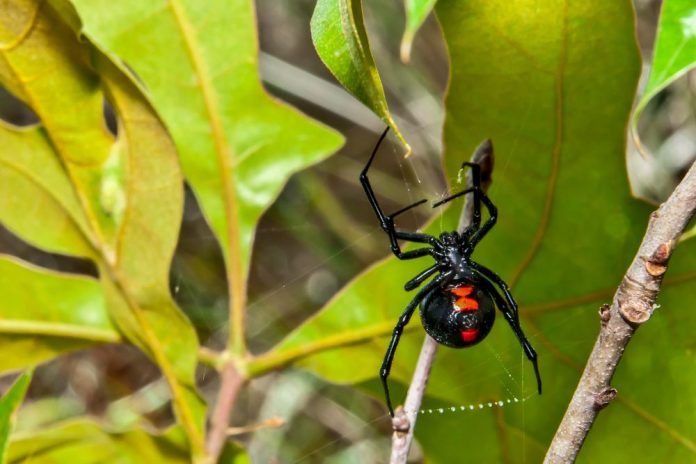 Three Bolivian brothers had the idea of letting a black widow spider bite them. According to officials, they allowed the animal to take a bite on them thinking it would turn them into Spider-Man.

The boys spotted the animal while herding goats in the Chayanta province. Telemundo reported that a Ministry of Health official revealed the news through a coronavirus briefing.

The boys spotted the animal and decided it would be a good idea to let it bite them. The official said they bothered the animal with a stick until it bit each of them. They thought a bite from the animal would give them superpowers.

The boys later began experiencing the pain that comes after a black widow bite. They were found by their mother crying and she rushed them to a nearby health center. Telemundo reported that the three were then sent to a nearby hospital.

The three young brothers received treatment at that hospital and were released last Wednesday. Reports say the release came nearly a week after they ran into the spider and allowed it to bite them. They were not near their mother when it all happened, according to reports.

Spider-Man, a popular superhero featured in Marvel comics and films, has his story begin with a spider bite. The Marvel superhero often begins his first films by accidentally running into a spider that bites him. The bite, which usually occurs when he is visiting a lab with other students, gives him superpowers and he later uses those powers to fight crime and villains. The superhero himself usually experiences the symptoms before getting better and realizing that the bite has given him superpowers such as being able to jump high and use webs to swing from one building to another.

Black widow spiders do not give superpowers but they have a strong venom. The spider is actually the most venomous in North America. Their bites are not usually fatal but they do bring some pain, swelling, and burning.

Experts say black widows are not aggressive spiders and rarely bite people unless startled or feeling threatened. National Geographic reports that their poison is said to be 15 times stronger than the venom found in rattlesnakes.

Female black widows can be recognized since they have a shiny black and orange/red hourglass pattern on their abdomen. Male black widows, which experts say is more difficult to find since they are solitary animals, are not black. They are gray or brown with small red spots.

National Geographic says the spiders live in many parts of the world, including South America, North America, Australia, and parts of Europe.

Jul 9, 2020
Port Everglades has more than 80 cars on the auction waiting list after they were confiscated by federal agents. The luxury vehicles were recently...