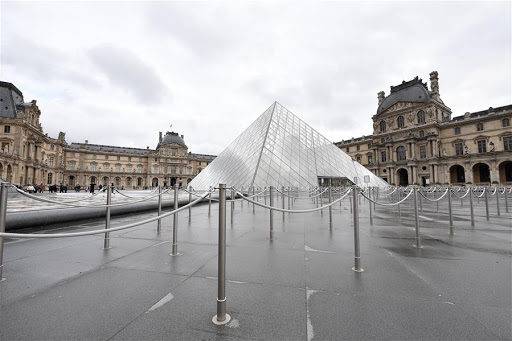 France’s Prime Minister Edouard Philippe has announced plans to reopen restaurants and bars. The move will be done nationally with the monitoring of some areas that were once hotspots.

The PM also explained that Paris is now considered an ”orange” zone on the map while the majority of the other regions are now ”green”. The status for those regions means that they are now seeing less of the virus while Paris is still being monitored.

The ease of restrictions will be different for Paris since it has a different status from the others. Bars and restaurants will only be able to serve customers on outside terraces while other regions will be able to do more.

Bars, restaurants, and cafes will be allowed to reopen next week. The businesses will have requirements for employees and customers. Employees are required to wear masks while customers will be required to do the same when moving around. Tables will need to be distanced from each other and the establishment cannot have more than ten people sit at a table.

The country will also ease other restrictions soon. The PM revealed that access to lakes, beaches, and rivers will be restored. The government has confirmed that museums and monuments in the capital will reopen starting June 2. At least one airport in the capital is scheduled to reopen late next month.

France has been one of the most affected countries by the virus, with over 149,000 confirmed cases. The number of cases have dropped over the last few weeks, showing signs that the situation is changing.

France has kept some restrictions, with the government announcing that major sports activities will remain suspended until June 21. Plans to reopen secondary and high schools have yet to be announced but that is expected to happen soon since primary schools have started to reopen in some areas.

The plans for France come as many European countries and other parts of the world have started to ease lockdowns. Germany, Spain, Italy, and several others have started to slowly ease restrictions after seeing thousands of cases early on. Germany has even gone a step further by reactivating some sports activities, including the country’s main soccer league, Bundesliga. The league resumed with several key matchups but with no fans.

Cyprus announced recently that it will begin covering the costs of tourists who are there and have tested positive for the virus. The plans don’t cover the flight back home but they do cover food, accommodation and medicine.

The island has announced plans as part of package to reactivate the tourism industry, which has suffered during the coronavirus pandemic. The government plans to allow tourists from low risk areas at the start. Reports say the government will consider adding other countries every week.

The situation is different in some parts of the world. Colombia and Argentina continue to have a suspension on national and international flights. Argentina recently extended its lockdown in Buenos Aires after a rise in cases. It is the second extension of lockdown this month.