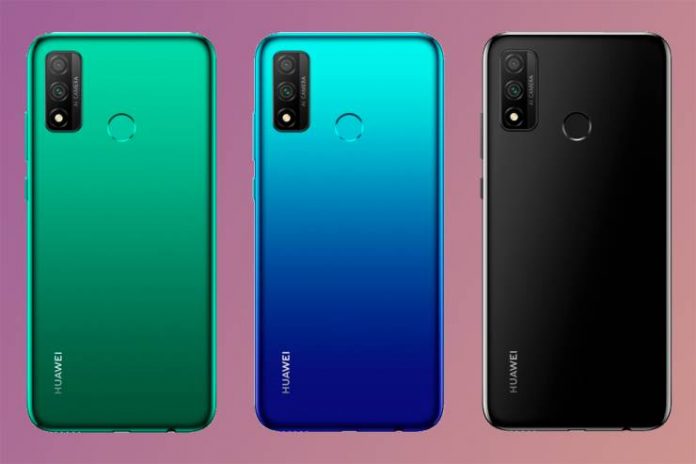 The Huawei P Smart series is back, well at least in some markets. Gizchina reports that the 2020 version of the smartphone is now available for purchase in Germany. The device comes with improvements and a service that is not available in most Huawei releases from late 2019 and early 2020. Here is everything you need to know about the Huawei P Smart 2020:

The P Smart series has returned with the 2020 version, which has a few similarities as well as improvements when compared to the 2019 release. Gizchina reports that the cameras are identical to the previous release.

The cameras aren’t the biggest attraction of the P Smart series but the company does enough for the price. But there is a bigger negative on the phone, the version of Android. Gizchina reports that the phone should arrive with Android 9.0 Pie pre-installed. The version of Android comes along with EMUI 9.1 and not the recent EMUI 10.

Several tech sites report that the 2020 version of the P Smart does have Google services. This will likely confuse people who have been keeping up with the news between Huawei and the trade restrictions from the US.

Back in May 2019, the US announced restrictions against Huawei. The restrictions meant that the company could not do business with US companies. The situation forced Huawei to start looking for alternatives since Google, a US company, was one of many that were no longer allowed to work with the company. Google is behind the Android operating system and the popular apps that are often pre-installed on smartphones such as YouTube, Google Maps, and Gmail.

The situation meant that new phones from Huawei could not include anything related to Google services. The Mate 30 smartphones arrived without the popular apps and that has continued with other releases such as the Mate X and P40.

The new P Smart does have the Google services but tech sites explain that is because Huawei is using an old chip, which allows them to integrate the service from the search giant.

The price of the smartphone is said to be 199 euros, which is about $215. The price puts the series exactly where it has been in the past, the affordable category. The P Smart has been a solid release for a few years now and the 2020 version is back with a nice price.

Gizchina reported a couple of days ago that the company is running a promotional campaign that brings a mini speaker from Huawei as a bonus for the purchase of a 2020 P Smart.

The P Smart (2020) is not available in all markets just yet but it has already launched in at least one country in Europe, Germany. We’ll keep you updated when there is more news on the P Smart (2020).