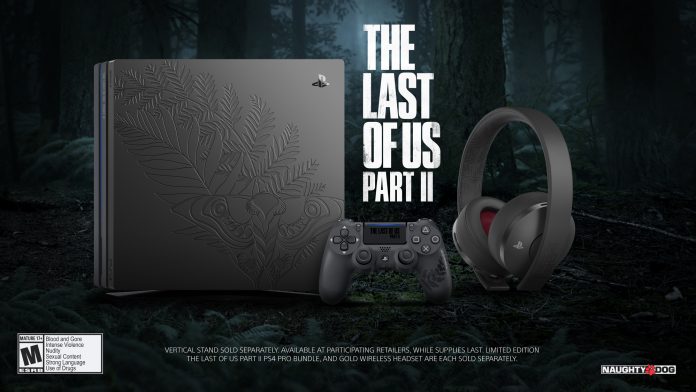 The PlayStation 5 is a few months away but this is not stopping Sony’s PlayStation from releasing another bundle for those who are big fans of The Last of Us. The gaming giant announced through PlayStation Blog and social media that The Last of Us Part II is getting a new PS4 Pro Bundle.

The bundle isn’t just a regular console with the physical copy of the game. PlayStation has gone all out for this release, including a customized matte PS4 Pro system that is engraved with one of the tattoos that Ellie now has. The design covers most of the top of the console but it doesn’t end there.

The bundle also includes a controller with a similar design on the lower right hand side. The touchpad of the controller also includes the name of the popular game, which made its big debut during the end of the PS3 era with The Last of Us.

The bundle contains the physical copy of the game as well as a digital code, which PlayStation Blog says can be redeemed for content such as a dynamic theme, avatars, and more. Earlier this year, PlayStation gave out free themes as well as avatars from the series so maybe they will be included as part of the digital code.

The Last of Us Part II PS4 Pro Bundle will be sold across the US and Canada for $399.99 and $499.99 CAD. The controller included in the bundle will also be sold separately for $64.99 and $74.99 CAD. The bundle, which will be launched when the game is released on June 19, is limited edition so it probably won’t be available for long.

The first PS4 received a The Last of Us Bundle when the game was Remastered for the console. But the bundle was nothing like the one announced by PlayStation on Tuesday. It only included a regular console and a digital code to download The Last of Us for free.

PlayStation Blog also announced the launch of a few other accessories with The Last of Us Part II design. The first is the Limited Edition Gold Wireless Headset that also features Ellie’s tattoo and the game logo. The headset will be sold for $99.99/$119.99 CAD.

The other product that was announced is the Limited Edition The Last of Us Part II Officially Licensed Seagate 2TB Game Drive. The game drive features Ellie’s tattoo and the game’s name. The Game Drive will be sold for $89.99/$114.99 CAD.

The Last of Us Part II is one of the last exclusives for the PlayStation 4. Sony confirmed earlier this year that there will be a PlayStation 5. The next PlayStation will be released at the end of the year and more information on its games is said to be coming in the near future. The second release in the series will come seven years after the release of The Last of Us. The first game was released during the PS3 era but it was later remastered for the PlayStation 4, which launched a few months after the game’s debut.