Next season’s Champions League has ten teams already in. The tournament recently added Real Madrid, a team that locked its spot after a 1 – 0 win against Espanyol on Sunday. Here 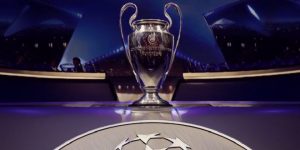 are the ten teams in:

Real Madrid had a big game on Sunday and they delivered. The Spanish club needed the win to take the top position in La Liga and it did just that. The win put the club two points ahead of Barcelona with just six games to go.

PSG had a 12 point lead over second place before the league was suspended and later ended due to the coronavirus pandemic. The club won 22 of its 27 games and scored a total of 75 goals. The team’s starting roster could be a bit different next season since Cavani and Silva are said to be leaving after the current campaign is over. Reports said just a few hours ago that Thiago Silva will extend his contract for two months so he can participate in the Champions League, a tournament he has not won with the club.

Bayern Munich have won the Bundesliga once again. The club finished 13 points ahead of second place Borussia Dortmund. The league win secures their spot for next season’s Champions League.

Olympique de Marseille is in the Champions League after the league was ended early due to the coronavirus pandemic. The club was in second place with 56 points but far behind PSG.

RB Leipzig finished third in the Bundesliga with just four losses in the entire campaign. The Champions League appearance for next season will be without Timo Werner, who became the club’s all-time top scorer in his final game for them. He has decided to move to Chelsea after weeks and weeks of rumors on his transfer.

Mönchengladbach secured the final Champions League spot for the Bundesliga. The club finished two points ahead of Leverkusen, a team that was part of this season’s Champions League.

Borussia Dortmund finished second in the Bundesliga, automatically securing a spot for next season’s tournament. Dortmund qualified for this season’s Champions League and made it to the second round, where they lost to PSG.

Liverpool have won the Premier League after a nearly perfect campaign in which they lost just one league game. The English club had a great campaign last season but that wasn’t enough after Manchester City’s amazing season. Liverpool have appeared in the last two Champions League finals, winning one of them. The club was eliminated by Atletico Madrid in this year’s Champions League.

Club Brugge finished this year’s league with 70 points, 15 points ahead of second place. The top of the league guarantees the club a spot in the next Champions League.

Shakhtar have been confirmed as the champions so the win gives the team a spot in the next Champions League. The Ukrainian football club is no stranger to the tournament, often appearing in the group stages and other rounds.