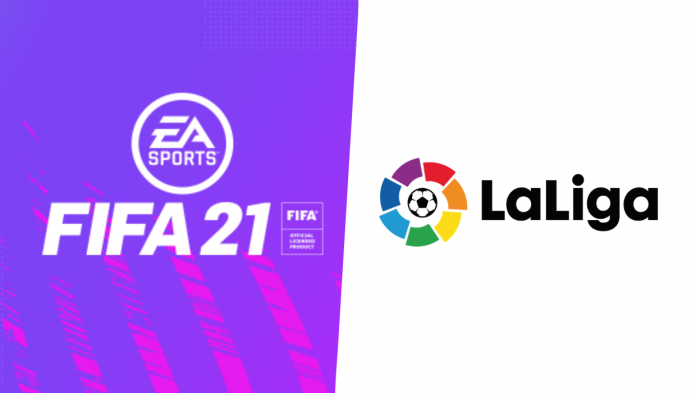 Gaming giant Electronic Arts and Spain’s professional football league La Liga have renewed their partnership. The new deal extends the previous deal that the two had and keeps the league as an exclusive for the EA Sports football series FIFA.

La Liga, its teams, and superstars will remain in the series for another ten years. The deal has also added a joint commitment to push more into esports. The deal was confirmed through a statement released by EA Sports General Manager Cam Weber.

The FIFA series has featured Spain’s top football league for a while now. The league currently has some of the best players in the sport. Teams such as Real Madrid and Barcelona are among the most popular choices when it comes to online matches. FIFA’s FUT mode has hundreds of players from La Liga and many of them are popular options among people looking to improve their teams through packs or squad building challenges.

EA’s partnership with La Liga has been around for 20 years. But this extension is not a surprise due to the strong competition that Konami has brought on the FIFA series with its Pro Evolution Soccer games.

The battle between the two soccer games has moved to another level over the last three years. Both gaming companies have moved to secure leagues, teams, and major tournaments in the sport.

In July 2019, Konami announced a huge exclusivity deal with Italian football club Juventus. The deal brought the team to its Pro Evolution Soccer games. The deal was big news since Juventus currently has a roster filled with superstars, including Dybala and Ronaldo.

The deal also meant that the team could no longer appear in the FIFA series. The players remain in the game but the team is now found in FIFA as Piemonte Calcio. The logo as well as everything related to the Italian team is gone from recent releases such as FIFA 20.

A couple of years ago, EA announced a massive addition to its FIFA series. The gaming giant agreed to a deal that allowed them to feature the super popular Champions League and Europa League on the game.

For many years, the FIFA series had featured a similar tournament with a different name through its Career Mode. The addition of the two tournaments was big news for the series since they were previously found in the PES series.

The addition to the FIFA series was also a major loss for the PES series since that was one of the things that made Konami’s game so different. The Champions League was part of that series for a while, featuring everything from the tournament, including its theme songs, intros, and logo.

EA Sports recently announced FIFA 21. The upcoming football game has been confirmed as a free upgrade for those who purchase the title for the PS4 or Xbox One and then move to the new consoles. EA will also be offering a similar program with its Madden 21 game, which is also coming later this year.