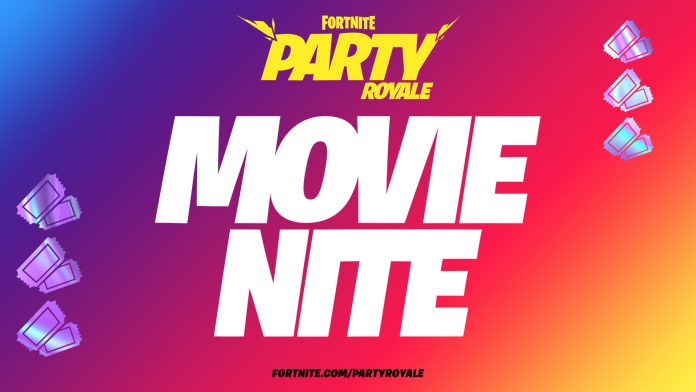 Battle royale game Fortnite is known for its super fun mode in which players team up or play solo to survive against many other competitors. The game continues to be extremely popular for its battle royale but Epic Games is making sure that players are entertained when they are out of the arena.

The latest announcement for the battle royale game has to do with full-length movies. On Wednesday, Epic Games announced that it will air three different Christopher Nolan movies. The movies will be shown on Fortnite’s new party royale island on June 26.

The movies that will be shown include The Prestige, Batman Begins, and Inception. But The Verge reports that the lineup will depend on the region. The collaboration between Epic Games and Nolan is not the first. Last month, the director revealed the trailer for his latest movie through the battle royale game. Now, three of his movies will be available to watch in the party royale island.

Party royale was introduced to the game back in April. This side of the game is a separate thing from the whole battle royale mode. It is more of a social space where people can be entertained when they are not playing the main modes.

Virtual Performances Have Been a Success For Fortnite

The Verge reports that this side of the game has already been home to big names after virtual performances from stars such as Deadmau5 and Diplo. There are also other performances scheduled the day before the three movies are shown.

The battle royale game is no stranger to going out of its modes to bring entertainment to its millions of players. The game made news some time back when it posted impressive numbers after a virtual concert. A few weeks ago, the battle royale game had another virtual concert, this time with artist Travis Scott. The concert series was among the most popular events by the video game.

Other Collaborations and Events

The game has also featured other collaborations and events in recent years. A while back, the battle royale game featured an event for the first part of the Marvel Infinity War movies. The event featured a limited time mode in which one player got to be Thanos, the super powerful villain in the movies. There was another collaboration for the second part of the movies, this time featuring a different limited time mode and set of challenges for players to unlock free rewards.

The gaming giant has also worked with Samsung, Honor, and other companies to bring exclusive skins and cosmetics. One of the most popular releases came with the launch of two of Samsung devices. Purchasing the devices gave players an exclusive skin that went viral after people began visiting tech stores to log in on display units and play the game in order to easily unlock it.

Fortnite recently launched Season 3 of Chapter 2. The new season comes with lots of changes and new challenges for players to complete.