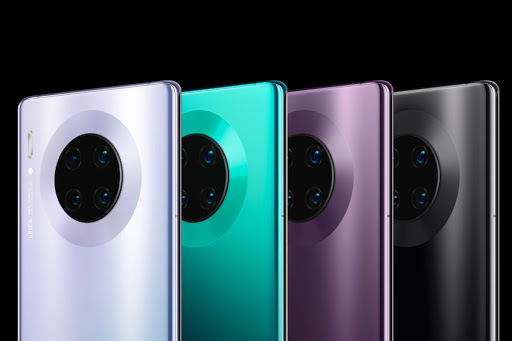 Huawei has released a number of smartphones this year but the company could have at least one more big release planned for 2020. There’s been very little information on the Mate 40 smartphones and while we all expect the devices to be announced some time in 2020, one leak has revealed the month in which the announcement could happen.

TechRadar reports that a leaker on Weibo has revealed that the company will launch its next flagship smartphones in October. The tech site reports that it does not know the leaker and that the date is not when they expected the smartphones to launch so nothing is really official yet.

Like previously said, there is little information on the smartphones that Huawei could release later this year. One thing we can almost expect the devices to skip on is Google services.

Mate 30 Was The First To Leave Out Google Apps

Last year, the Mate 30 lineup was the very first from the company to arrive without the Google apps. The smartphones did not have popular Google apps such as Gmail, YouTube, and Play Store. The release came a few months after the trade restrictions from the US government.

The trade restrictions prevent Huawei from doing business with US companies. This means Google and a few others cannot have anything on Huawei smartphones. The absence of the apps has continued for other Huawei releases, including the Mate X and the new P40 phones.

It was recently reported that the US government had extended the ban for one more year. This means the company will not be able to work with Google and other US companies that once featured apps on their smartphones.

Over the last two months, Huawei has found a way to feature Google services on some of its releases. The company has released smartphones such as the P30 and P Smart again. The returns do not have major differences over the previous editions. But they do have the same hardware that is now considered kind of outdated when compared to new releases. This reportedly allows the company to include the services.

The absence of Google apps will continue to affect the company in 2020, according to experts. Analysts had predicted last year that the company would struggle due to the restrictions, adding that the situation would likely continue this year.

A report a few weeks back revealed that the company was among the most affected by the sales decline of Q1 2020. Other top smartphone vendors such as Samsung were also said to be affected. The companies continue to be in the top two. Chinese smartphone giant Xiaomi was said to be the only company without a decline in the first quarter.

Huawei has recently reached deals with developers and app companies to bring alternatives to its new smartphones. But experts point out that it will be difficult to keep up the good numbers from previous years since Google apps are very popular among Android smartphones.