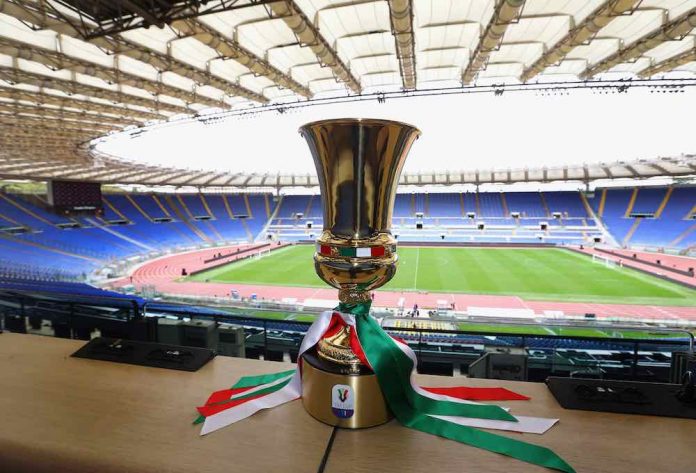 Soccer has returned to Italy after a long suspension due to the coronavirus pandemic. The sport returned with a matchup between two of the most popular teams in the country, Juventus and AC Milan.

The Coppa Italia matchup resumed with a different atmosphere since there were no spectators. The match ended 0 – 0 but Juventus advanced to reach the final on the away goals rule. The first game between the two ended 1 – 1 in Milan, giving a small advantage to Juventus with the goal on the road.

The season was suspended shortly after that match. 100 days went by before the teams took the field to play their second game. The first goal opportunity was from Juventus after the referee called for a penalty. Cristiano Ronaldo missed the penalty, giving AC Milan a chance to stay in the game.

In Italy, the sport currently has a rule that limits people in the stadium to 300. The number includes media, teams, and officials. This leaves the stadiums without any chance to have a few spectators. The Coppa Italia final will take place in just a few days.

Italy was one of the most affected by the virus early on. The country saw the cases go up by thousands in just a few weeks. The numbers put the country in the top five early on and while the situation has somewhat improved, they still have several restrictions, including on sports and activities where large numbers of people usually gather.

Earlier today, reports said the country had confirmed 56 more deaths linked to the virus. The reports brought the death toll to 34,223. The number of confirmed cases went up by 163.

The situation early on forced the government to introduce a number of restrictions, including the suspension of sports such as soccer. The league and all the competitions were paused. Reports say the country’s soccer league, Serie A, will return very soon. The league currently has Juventus at the top but it is far from over since Lazio is just one point behind while Inter Milan is third, nine points behind the league leaders.

Italy is one of several countries that are slowly starting to ease lockdowns. Germany and Spain are among the countries that have resumed their soccer leagues. Germany’s Bundesliga was among the first big soccer leagues to resume without any spectators. Spain recently resumed La Liga after a long suspension. The English Premier League will be coming back this month as well.

The EPL was suspended when the cases began rising. The suspension came as Liverpool was getting close to its first league title in 30 years. Liverpool have a chance to get closer to the league title when they face Everton on Sunday.

Other sports leagues are expected to resume in the near future, including the NBA. The basketball league will reportedly return in Orlando without any spectators. The teams had already played more than 50 percent of the season when the cases began surfacing among superstars of one team. The cases forced the league to suspend the regular season.