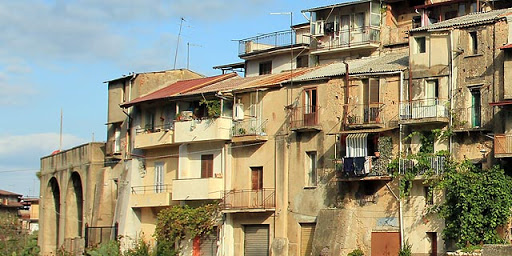 Buying a property can be very difficult during these times but one town in Italy is making things easier for those who want to move in. Italy, one of the most affected countries by the coronavirus pandemic, has slowly been trying to go back into normality and one of its towns is already making moves to stop the population from decreasing.

The town of Cinquefrondi is pretty much giving away properties for those who want to move in. The area had a population of 6,500 as of 2017. But like many towns in Italy, the area has seen a decrease in population.

Most of its population has left to areas where there are more job opportunities and schools. Towns such as Cinquefrondi continue to have people but the decrease is not good news since it means the younger population is going other places.

Some of the homes in the town are being sold for just one euro. With the plans, the town hopes it can catch the attention of people and increase the population.

There are requirements for those who purchase a property in the town. Many of the properties are abandoned so the town will require the new home owners to renovate their house within three years. There is a big difference between the town’s offer and the other offers that different places in Italy have recently announced. In Cinquefrondi, the new home owners won’t be required to make a down payment if they fail to renovate the home.

The town only requires a 250 euro annual policy insurance fee until the renovation is complete. Home owners that don’t complete the renovations in time might face a 20,000 euro fine.

Cinquefrondi is one of many towns in Italy that have announced the sale of properties at very low prices. Over the last few years, other towns have offered properties at similar prices. The only requirement for the new home owners is to renovate the property since some are not in the best condition.

The majority of the towns offering the properties are facing the same problem, a decrease in population. Cinquefrondi has a few thousand people but there are other towns that have just a few hundred people. A lot of them have seen a quick drop in population, with most of the young population moving to bigger cities in search for jobs and schools.

A few years ago, one of the towns went viral when reports said that it was offering money and low rents for people interested in moving in. The information spread across the country and around the world. The town began receiving calls from those interested in the offer.

An official later said the plans had not been approved yet and that the town was not giving away money and offering low rents. Other towns have also started selling historic buildings and properties with the requirements that the new owners have to turn them into tourist attractions. They are hoping tourism boosts the economy of those towns as well as bring in more population.