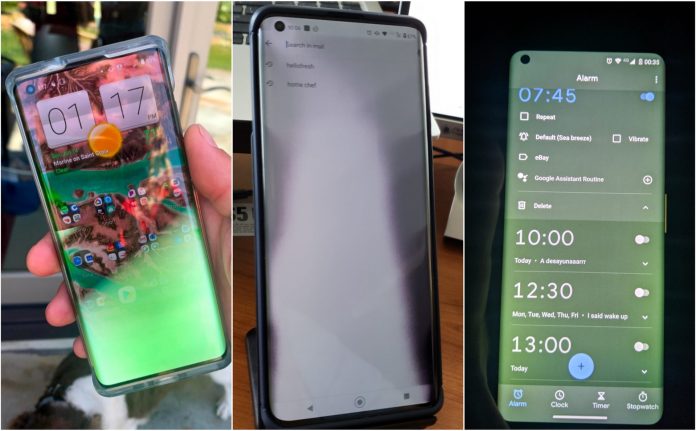 Motorola’s Edge series made noise when it was launched back in April. The series is the company’s first flagship release in a while so it obviously caught the attention of the tech world.

Over the last few years, Motorola has focused on midrange and low-end devices such as the Moto E and Moto G series. The announcement of the Edge phones was big news but not everything seems to be going well, according to reports.

The majority of the issues appear to be very noticeable on the edge of the displays. The users show that there are some big purple spots close to the edges. The issue reportedly surfaces after the device has been used for long periods of time.

The purple spots disappear after the device is left alone for some time. But they come back again after some use, making this a big issue for those who have this variant of the phone.

XDA Developers reports that the complaints have grown, with the support thread now over eight pages long. Pictures from the site show that the issue is far from small. One of the devices is completely covered in purple spots while others have a darker color to the screen.

The site also says that a Motorola forum admin has been addressing the issue and revealed that a software update will be coming to fix the problem. The update was reportedly released for Verizon users last week and it did mention some changes. But XDA says that the update has ”kinda” fixed it.

Some users are still reporting the issue even after the update. The site says that some of the users are seeing purple spots and green tinting after watching videos or using the phone for a long time. Some have even been so unlucky with the issue that their replacement phones have also presented the same problem.

Some have reported that the update worked for their phone. But not too long ago, a Motorola forum admin posted that the issues may be too advanced to be resolved. This means that the recent update may not be enough to remove the purple spots and green tinting that randomly appears.

The phone is quite pricey at $999 so this is a major issue for those who bought the phone to see the latest from Motorola. Those who are still seeing the problems should try the update or an exchange if the issue continues with their displays.

We’ll keep you updated when there is more info on the Motorola Edge+. Did you buy this phone? Are you having this issue? Let us know in the comments section.