Motorola’s Foldable Razr Is Currently $500 Off 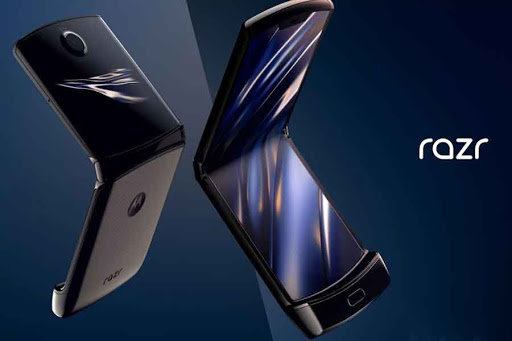 Motorola’s new version of its popular Razr phone was announced late last year and it quickly made noise since it had been nearly 15 years since the debut of the Razr. The first release was a huge success so this announcement put the company in the map when it came to foldable phones.

The new version of the Motorola Razr has only been out for a few months. But the company is currently running a promo in the United States. The promo is not just a small promo for an extra accessory or a small discount. The foldable phone is $500 off, which is a big drop considering that its only been a few months since its debut.

The Motorola Razr was announced with a price of $1,499. But Motorola’s official website currently has the phone at a price of $999. That’s one third off the price, making it a solid option for those who want this phone.

GSMArena reports that the promo is available until June 21, 11:59 PM CDT or while supplies last. Great offer for those who were interested in getting the phone early on but decided to wait.

The Motorola Razr (2019) didn’t debut with the greatest reviews though. The phone made a lot of noise since it meant the return of the popular series. But reviewers were a little disappointed by some of the hardware. Reviewers were not impressed by the details on its battery. On top of that, the phone is powered by a different processor while other devices with a similar price introduced the latest.

The Motorola Razr saw strong competition pretty much from the start. Shortly after its announcement, Samsung delivered the news that it was going to be releasing the Galaxy Z Flip. The Galaxy Z Flip not only introduced some of the latest features but also a lower price. The recent discount doesn’t appear to be great news for the foldable phone.

The Motorola Razr arrived earlier this year but rumors of a second release have been around since the beginning. Over the last few months, there have been rumors that the company is getting ready to have a Razr 2 with some improvements in order to compete with the giants.

Earlier this month, an analyst said the second release could feature larger displays. The improvements are rumored to match what its competitor currently has. Motorola has not confirmed the reports or given a launch date but a lot of the information makes sense since the return of the Razr was beaten in many categories by the competition, including processor and price.

The second generation Motorola Razr is rumored to be coming some time in September, less than a year after the debut of the Razr. Among its rumored features is 5G support and a larger battery.

What do you think of the 2019 Motorola Razr? What would you like to see on the Motorola Razr 2? Let us know in the comments.