NFL Power Rankings: Peter King’s Latest List Has the Usual Favorites But There Is One Surprise

NBC Sports’ Peter King has released his latest NFL Power Rankings and while the list includes the usual favorites such as the Chiefs and Ravens, the famous sportswriter has a big surprise in the middle. Here is that list:

The sportswriter has his list led by the current Super Bowl Champions, the Kansas City Chiefs. The Chiefs had a great regular season and pulled off a nice comeback in the Super Bowl to beat the San Francisco 49ers.

Second on the list is Baltimore, a team that kind of fell short in the playoffs after an amazing season. The Ravens were eliminated in the second round of the playoffs by the Titans, a team that got a fantastic season from Henry. The Ravens will likely be in the top five in most rankings since they have Jackson and many other superstars that are expected to be even better this year.

The top five also includes the Saints and the 49ers. Both teams had a great regular season last year and the 49ers made it all the way to the Super Bowl. The two have made key changes and additions that will likely keep them at the top of the NFC.

Peter King also has the Tampa Bay Buccaneers in the top five. The team had a bad season last year but things have quickly changed for the franchise. Tom Brady is now their new QB and he has brought along TE Rob Gronkowski. The two recorded historic numbers in their careers for the Patriots. The Buccaneers already had a nice offense so many are expecting the team to do great. 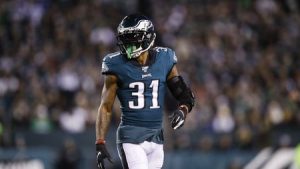 The biggest surprise of the list seems to be the Eagles. The NFC East Champions are at number 15, which has sparked some debate since the team has a really good roster. Peter King points out that the Eagles were 5 – 7 before they won four in a row to take the division. But he adds that the team scored 10, 9 and 9 against playoff teams in the last eight games.

The Texans are at number 22 after losing against the Chiefs and trading one of their best receivers. Houston has added Cobb and Cooks but many don’t think this is enough to get back the numbers that Hopkins gave them every year.

The bottom of the list includes the Browns at number 24. Cleveland had a disappointing season last year after entering the season with a loaded roster. The team traded for Odell Beckham Jr. in 2019 and has plenty of talent on the offense but the 6 – 10 record last year has some experts a bit worried. The Browns also happen to be in a difficult division, with the Steelers and Ravens always in the discussion for the playoffs.

The Jaguars are at number 32, which is no surprise since the team appears to be rebuilding. Jacksonville has recently traded Ramsey, Bouye, and Foles.

What do you think about his power rankings? Let us know in the comments.