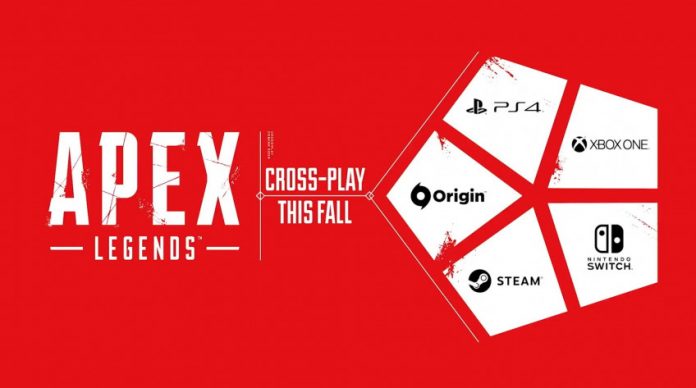 Respawn announced a ton of news for its battle royale game on Thursday. The announcements came during a livestream hosted by its parent company, EA.

The event did not disappoint for the battle royale game, which will be getting crossplay in the near future. There are almost no details on how the crossplay will work once it debuts in the game later this year. But it has been confirmed that the feature will be available for Xbox One, PS4, Switch, and PC.

We mentioned the Switch above because Respawn also revealed that the game will be coming to the platform this fall. The game is currently just available on the PS4, Xbox One, and PC. But the introduction of crossplay and the platform should bring in more players later this year.

Apex Legends was released in early 2019 with almost no advertising from the company. But the battle royale game managed to grab the attention of many players around the world due to its new and interesting features that it introduced to the genre.

The game currently has just three modes to choose from, all having to do with battle royale. There’s Duos, Play Apex (three player squads), and Ranked, which is a much more competitive mode where players try to earn points to advance to higher ranks.

Respawn announced the arrival of the game to Switch and the crossplay feature. But the game developer also had big news for those waiting for new things to come to the game this month. Respawn dropped a trailer for an upcoming event called ”Lost Treasures Collection”. The event is coming with a number of things, including new skins for the Legends and a new in-game location for Crypto. A couple of days ago, the game started showing codes on the banners across the map. The codes contained a secret message that hinted at something for the Legend Crypto, who was added to the game back in Season 3.

The trailer also showed a quick preview of what appears to be a new heirloom. For a couple of seconds, a Mirage is seen holding a golden statue of himself. A heirloom for Mirage had been rumored for a few weeks now and it appears that players will have the chance to purchase it during this event.

What did you think of the announcements? Are you going to play this game on the Nintendo Switch? Let us know in the comments.