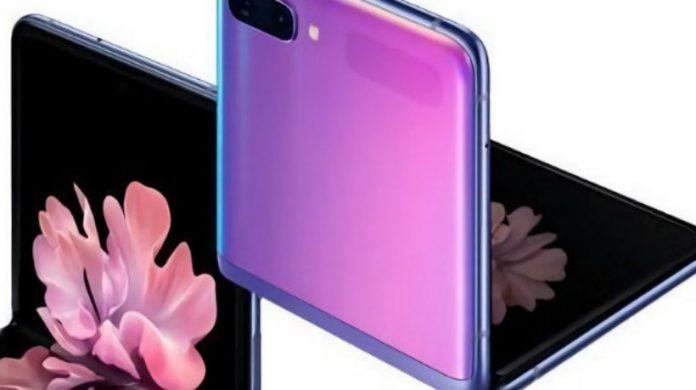 A 5G variant of the Samsung Galaxy Z Flip is rumored to be coming later this year. The rumors have the phone launching in a few months from now. But the device has just been spotted in a Geekbench listing which reveals some key specs.

In the listing, the phone has an SM-F707B model number. The phone runs Android 10. There aren’t many details in the listing but the device is expected to have a Snapdragon 865 processor and 8GB of RAM. GSMArena says that the rumors are pointing to a new color option for the Galaxy Z Flip 5G.

The Galaxy Z Flip was announced and released by Samsung a few months ago. The foldable phone is a solid alternative for those who are looking to spend much less on one of these devices. The Z Flip has a price of $1,380 and while that is still very high when compared to other phones from the company, it is lower than the price of Samsung’s other foldable phone, the Galaxy Fold. Samsung’s first foldable device launched at a price of $1,980.

Rumors have recently said that the Galaxy Z Flip 5G will launch around the same time as the Galaxy Note 20 and the Galaxy Fold 2. The launch of the two devices is rumored to be taking place on August 5.

August 5 is still some months away but analyst Ross Young believes that date will not see one of the phones. The analyst recently predicted that late production of the phone will mean that the Galaxy Fold 2 will be launched in late August or September.

If his prediction is accurate, the Galaxy Note 20 might be the only phone to be launched in early August. We are not including the Galaxy Z Flip 5G for that event because the analyst also said shortly after that the foldable phone will come after the Galaxy Fold 2.

The Galaxy Z Flip, released back in February, is one of two foldable phones by Samsung. Here are the specs for this device:

The Galaxy Z Flip is currently competing with the Motorola Razr. The two phones offer a similar design but Samsung’s release has the advantage due to its lower price and much better specs, including the latest processor. The Razr is currently at $999 through Motorola’s official website but that promotion will be available until June 21 or while supplies last.

Samsung appears to have a busy schedule ahead with at least three major releases before the end of the year. All three are expected to have improvements or extra features from their previous editions. We’ll keep you updated when there is more info on the Galaxy Z Flip and all the other Samsung devices that are rumored to be coming in 2020.