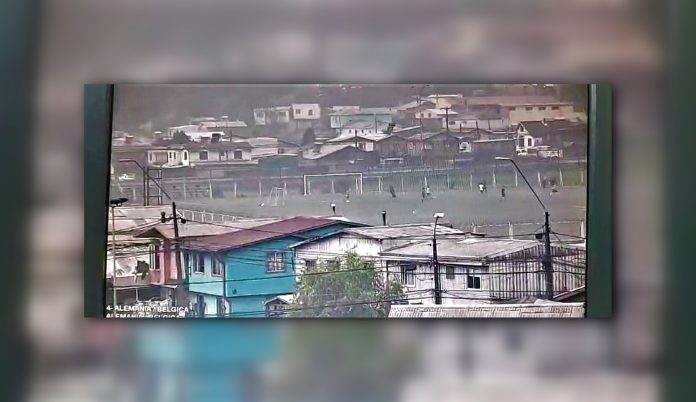 Authorities in Chile surprised a group of people that were playing soccer in a stadium. The group was arrested on Thursday in the Estadio Las Golondrinas in the city of Hualpen.

Bio Bio Chile reports that at the time, a total of 35 people were surprised in the stadium. Only 11 were arrested by authorities that time. On Thursday, there were at least 20 people in the stadium when police showed up, according to local media. Ten of them were arrested.

Chile introduced a strict lockdown when cases began showing up in the country. The government initially introduced a curfew that starts at 10 PM. The curfew remains but there have been more measures throughout the months. In Santiago and other populated areas, residents are only allowed to go outside twice a week. The process requires permission through the police’s website, where residents have to fill out a form.

The strict measures have not been followed by all of the population. Authorities have made many arrests of people breaking the lockdown rules. Just a few days ago, local media reported on a man who was surprised attempting to travel in the trunk of a car. The man was reportedly detected in the car by a police dog.

Last month, a Santiago court sentenced a man to 61 days in jail for breaking lockdown rules. Local media reported that the man was the first to receive a jail sentence for breaking the rules.

The man was detained by police back in May in the commune of La Granja. Authorities said he was not carrying any type of permission to be allowed outside. Local media also said that the man attempted to escape during the arrest but was stopped.

Authorities have also arrested several people for hosting parties in apartments and houses across the country. In one incident, authorities arrested a number of people and seized music equipment and drinks. Local media reported that one of the people arrested in the party had been arrested on multiple occasions before for the same thing.

Cases In Chile and South America

The strict measures remain for most of Chile since the situation has not improved over the last few months. Chile had a low number of cases early on but hundreds of cases are now being reported every day. The country saw over 2,000 confirmed cases in the last 24 hours, according to Google statistics.