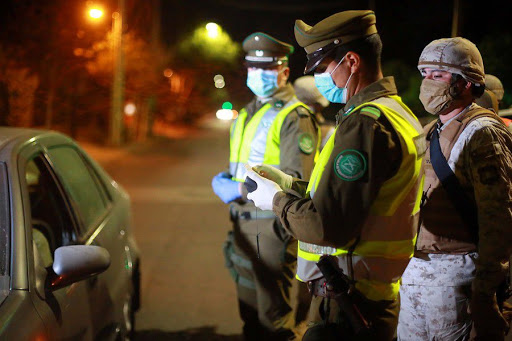 Authorities in Chile have arrested five people that were caught snowboarding in the G-251 route near Valle Nevado. The group was not carrying any type of permission to be outside. Felipe Guevara, an official of the Metropolitan Region, said that they showed a selfish attitude since the quarantine is for everybody. He added that it is a shame that they have to send police to supervise the routes to the ski centers when there are people in critical condition due to the coronavirus and families that are living in bad conditions.

The group is the latest to be arrested after breaking the lockdown rules. The government of Chile has mentioned the idea of slowly returning to normality. But the lockdown rules remain in most parts of the country.

In early 2020, the country announced a curfew that was later extended to a total lockdown for cities such as Santiago. The lockdown and the curfew remain for the majority of the cities.

The announcement of the rules months back appears to have been completely ignored by the group, which is one of several that have been caught breaking the lockdown by authorities. Earlier this month, a group playing soccer in a stadium was surprised by authorities.

Other Arrests In Recent Months

The weekend before, police had also surprised another group playing there. Bio Bio Chile reported that the first group caught playing soccer was of 35. Only 11 were arrested by police. In the second incident, police arrested ten of the twenty that were in the stadium.

Local media reported a couple of days ago that a group had also been arrested after they were spotted attempting to make a music video while partying. People in the area said that the group could be heard partying and the arrests were said to have taken place after someone called about the group.

Several other groups have also been arrested at parties. Local media has pointed out that some of the arrested have been arrested multiple times for the same thing. In some cases, police have seized music equipment and drinks found in the property.

Man Gets Two Months In Jail

Back in June, a Santiago court became the first in the country to sentence a man to two months in jail after he was caught breaking the lockdown rules. The man was arrested the month before in the commune of La Granja. Local media said the man tried to escape from police when he was stopped.

Chile currently has more than 336,000 confirmed coronavirus cases. Over 309,000 have recovered from the virus but 8,722 have lost their lives. Chile has seen a small drop in cases over the last few days but the government has not announced any changes to the rules, which were announced early on.